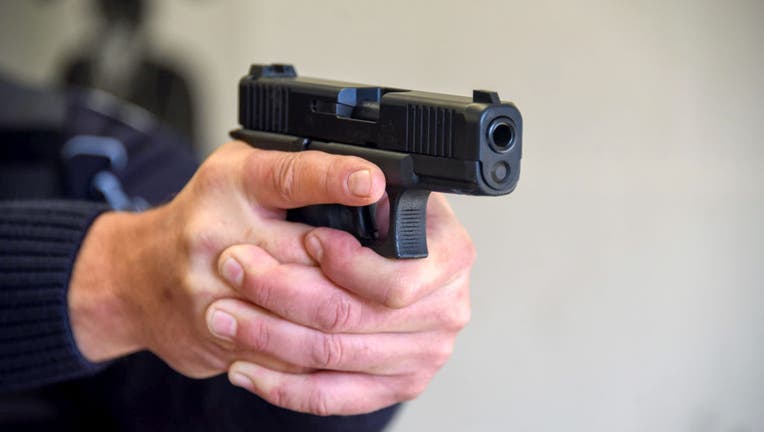 LAFAYETTE, Calif. - An FBI agent apparently from out of town had his gun, badge and credentals stolen during a car burglary in Lafayette, authorities said Monday.

The break-in happened in a parking lot near American Kitchen on Lafayette Circle at about 12:15 p.m. Saturday.

The agent was having lunch with his wife and a second couple and their child not 20 feet away from his white Kia, said Victor Ivry, restaurant owner.

Ivry said the agent's wife told him that they were from "out of town," which Ivry took to mean not from the Bay Area.

FBI San Francisco officials declined to specify where the agent was from.

But the agency confirmed that the agent's .40-caliber Glock 22 pistol, badge and credentials were taken during the break-in.

"The FBI, in partnership with the Lafayette Police Department, is actively working to locate and recover these items in the interest of public safety," the agency said in a statement. "The investigation remains ongoing and we cannot provide further comment at this time."

This is latest incident in which local, state and federal officials have lost their weapons during break-ins of their cars.

In September 2016, then- Gov. Jerry Brown signed a bill requiring people who leave handguns in unattended vehicles, including law enforcement officers, to lock them in a trunk or in a container that is not left in plain sight.

State Sen. Jerry Hill wrote the legislation following the deaths of Kathryn Steinle who was shot in 2015 on San Francisco’s Pier 14, and Oakland muralist Antonio Ramos. Both people were killed with guns stolen from law enforcement.

The Mercury News reported that an FBI agent who left a firearm in an unattended car where it was stolen in July 2019 wouldn’t have to pay a fine when he left his AR-15 assault rifle unlocked in is car. The state law covers only handguns.