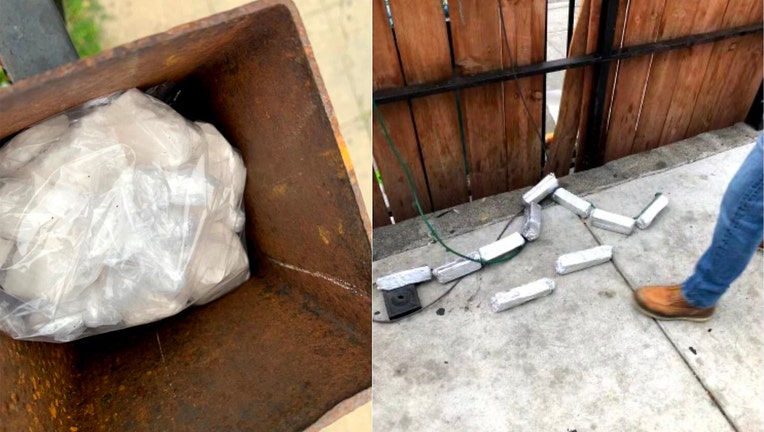 OAKLAND, Calif. - The U.S. Attorney's Office for the Northern District of California announced Tuesday what it described as the largest federal seizure of fentanyl -- more than 40 pounds -- in the history of the district.

As part of the enforcement effort, federal officers also arrested a Honduran national named Javier Castro Banegas-Medina, 39, alleged to be the leader of an East Bay-based drug trafficking organization. Six associates allegedly involved in the operation were also arrested and charged.

According to the government, the seizures "represent almost four times the amount of total fentanyl seized in San Francisco's Tenderloin neighborhood, where San Francisco's drug activity is concentrated, in all of 2020."

According to the government, in 2020, more people in San Francisco died of overdoses involving fentanyl (712) than COVID-19 (300). In a court filing, the U.S. Attorney's Office stated that "it seems likely that the fentanyl the Castro [organization] distributed contributes to the significant public health problem that San Francisco is facing in connection with fentanyl." 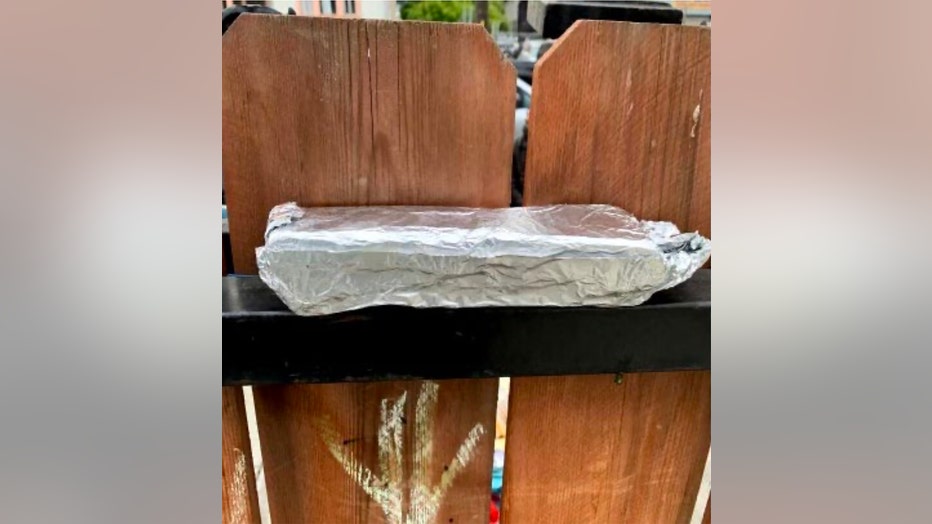 In a detail-rich memorandum submitted to the U.S. District Court in San Francisco to argue against the pre-trial release of the defendants, the government provided the background to the seizure.

According to the filing, the center of Castro's activities were two residences, one on 45th Avenue in Oakland, and the other on Washington Avenue in San Leandro. The organization used the residences as stash houses from which it distributed fentanyl throughout the district and beyond.

The government obtained wiretap authorization on April 21 and over the next month monitored many conversations between Castro and members of his circle that described a criminal conspiracy to distribute fentanyl.

Joshua Gilfry, a Concord police officer assigned to the FBI, was involved in the investigation.

In an affidavit filed to support the criminal complaint against Castro and his associates, Gilfry estimated that Castro filled over 100 orders for suspected fentanyl between approximately April 21 and May 19. 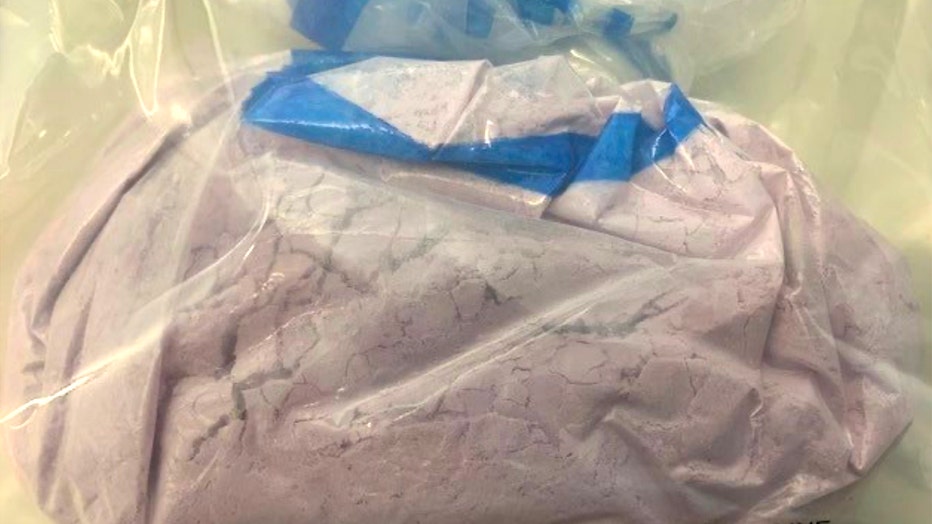 On May 25, investigators found approximately 19 kilograms of fentanyl at Castro's residences. According to the government, "a significant quantity of the fentanyl that was found had been hidden inside fence posts surrounding the Oakland property."

The fentanyl seized was enough for what the government describes as 9.5 million lethal doses, based on the estimate that a lethal dose in humans is 2 mg.

"Dyes likely used to color the fentanyl prior to sale" were also discovered in the seizure, prosecutors said.

The government alleges that in order to sell fentanyl at a variety of price points, the organization "would mix it to different levels of potency and then dye it certain colors, which corresponded to the different potencies." According to the investigators, Castro's organization "sells blue, pink, purple, green, and yellow varieties of suspected fentanyl."

In one intercepted communication, Castro said that his blue fentanyl was "strong" and he allegedly "bragged about how the fentanyl he had was 'lethal!' in response to a comment about people complaining the 'stuff from last time was too low.'"

The government opposes bail for Castro and his closest associates because of the belief that they will flee to Honduras. The government alleges that Castro owns 2 million square feet of land in Honduras and has an "impressive residence" there.

In one intercepted communication, Castro allegedly said that "he keeps between $40,000 to $60,000 saved in case he gets arrested, and that he will get a lawyer to get him out, and then he will just 'take off for down there.'"
Castro and two of his closest associates were charged with conspiracy to distribute more than 40 grams of fentanyl, which carries a maximum prison term of 40 years and a mandatory minimum of five years.