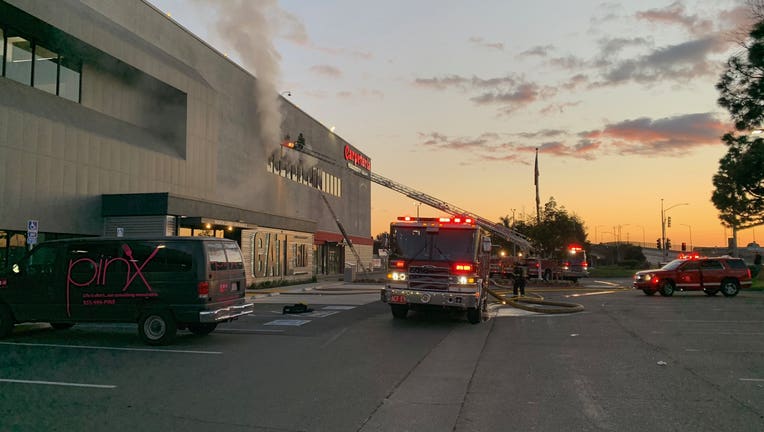 Video shared by the fire department showed smoke billowing from the windows at Carpeteria.

Thirty minutes later a second alarm was called, Leal said. The fire was on the second floor of the building, making it more difficult to put out the blaze, she said.

More than 45 firefighters responded to the blaze. The fire was put out in about 70 minutes, fire officials said.

There were no reported injuries. The extent of the damage is unclear.

Firefighters remain on the scene and are spraying foam to ensure the fire does not reignite.