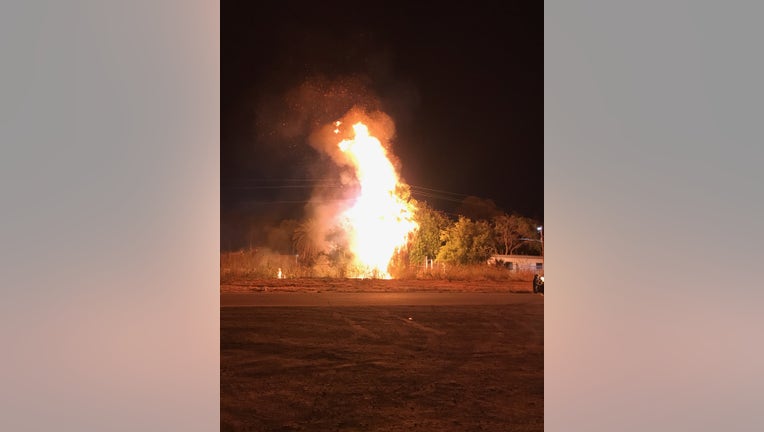 There were 67 fire over several hours on the night of July 4 in Contra Costa County, according to fire officials. s

A barrage of illegal fireworks that sounded around the county helped fuel a difficult night for firefighters Saturday, but as of early Sunday no homes or structures had been lost, the Contra Costa Fire Protection District said.

The district joined local agencies in responding to 67 fires between 7 p.m. and midnight, with at least 16 caused by fireworks, officials said.

The district reported 27 vegetation and other exterior fires and at one point, between 9 and 10 p.m., had personnel at the scene of 30 fires and warned that resources were stretched so thin that crews would only respond to structure fires.

Crews managed to save some 20 homes threatened in Pittsburg during the evening after fireworks sparked a blaze.

"In spite of dozens of structures threatened, not a single home was lost," the district said.

Vegetation fires were also fought in Bay Point, San Pablo, Antioch and Martinez, among other areas.