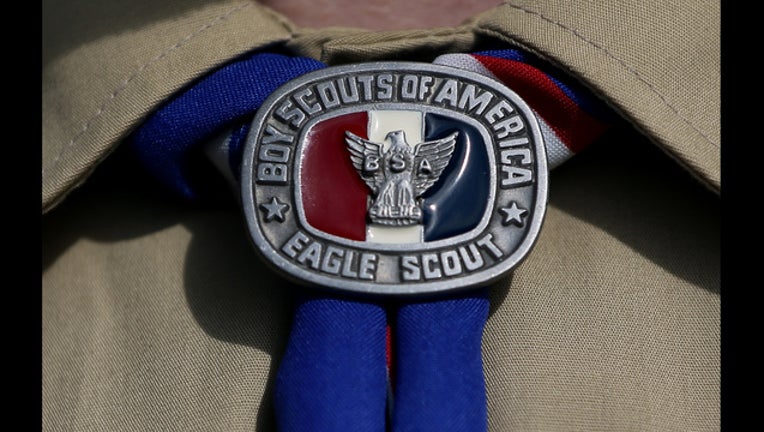 Each of the young men earned the 21 merit badges required to receive the Eagle Scout award, according to William Coronado, Scoutmaster of Boy Scout Troop 2000 in San Rafael.

"Benjamin Guardado cleaned up the playground at Pickleweed Park at the Albert J. Boro Community Center," Coronado said. "He picked up piles of garbage, rebuilt a little structure where the children go to play."

Another one of the boys, Jesus Parra, built five garbage and recycling cans for China Camp State Park in San Rafael, Coronado said. "He went to different lumber stores and got donations of materials for free. He worked the magic," the scoutmaster said.

"He got free sources for the materials, and organized his friends and family to do the work. They installed a new concrete walkway to the flagpole," Coronado said.

"This is a largely Latino community. I encourage the boys to give back to their community. It's important that they understand that. Why not start right here?" Coronado said.

A ceremony honoring the five Boy Scouts will be held Jan. 8 at the Albert J. Boro Community Center.