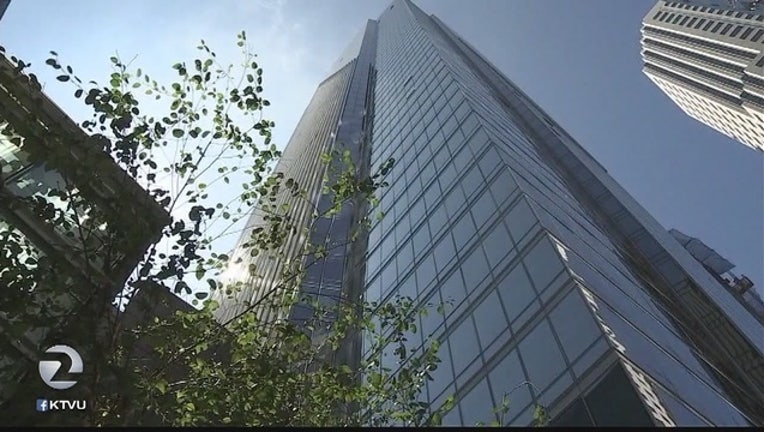 SAN FRANCISCO (KTVU) - A plan for a new fix of the leaning Millennium Tower would cost twenty percent or less of the currently proposed repair being considered in the massive building defect case.

The proposed $80 million plan could slash to a $400 to $500 million price tag for the much maligned and misaligned tower.

As repair crews replaced the cracked window on the sinking, leaning Millennium Tower, a new plan, proposed by a structural engineer working for the developers of the 58 story behemoth, would presumably stop the tower from leaning any more than the 18 inches it already is.

The new foundation would be tied into the existing foundation to stabilize the lean. That, goes the theory, would keep the building from leaning any more, but would not correct the current lean.

Such a fix would be far easier, safer and cheaper than trying to work under the building.

"Well, it's been done on smaller buildings,” said Fari Barzegar, a civil and structural engineer who analyzes and evaluates structures, especially those that come up with defects, often testifying in court as an expert witness.

He says the problem here is the sheer size of this enormous tower. "At this scale, it is probably more complex. In San Francisco, in that location, geotechnical aspects and the soil conditions are not that favorable and we are in the middle of earthquake country here, so we have various issues to consider," said engineer Barzegar.

Should this cause the building to begin leaning the other way, the sophisticated piling system would be adjustable, probably though a hydraulic control system.

But, what would happen in a mega earthquake?

"During an earthquake, a building of that nature goes back and forth. It creates some unbalanced loading on the building, especially during shaking," said Barzegar.

The newly anchored two sides of the building would be more stable. But the two sides sitting on original, unreinforced foundation, might sink more, rise up or do things that engineers may not be able to predict.

"What if now, that tilted building is subjected to earthquake? It's a new ball game," said Barzegar.

And, before anyone plays ball, all of this depends on sophisticated computer analyses, potentially some breakthrough engineering and ultimately acceptance of the residents who own the building.