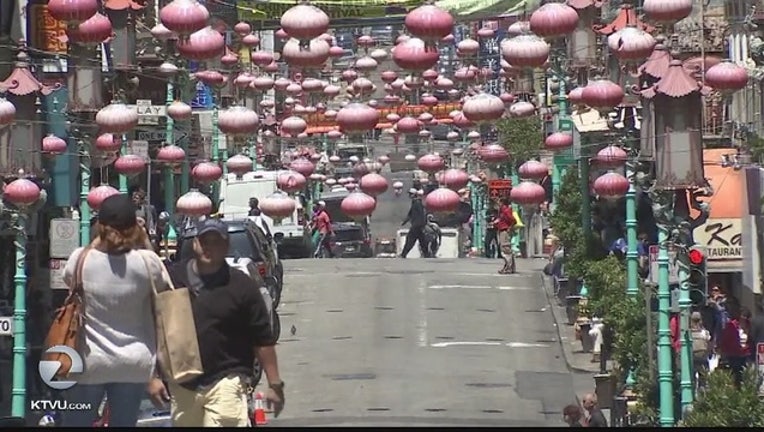 SAN FRANCISCO (BCN) A deliveryman was robbed of trays of food at knifepoint outside a Chinatown restaurant on Thursday morning, police said today.

The suspect held a knife to the deliveryman and told him not to move. He then grabbed trays of food from the delivery vehicle and fled on foot, police said.

The suspect remains at large and the deliveryman was uninjured.