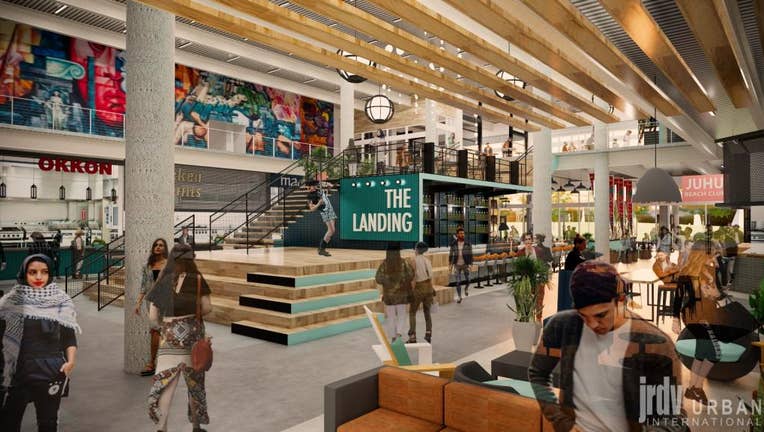 About two dozen Bay Area chefs plan to offer up a wide variety of food and beverages at kiosks in the two-story venue called Oakland Assembly when it opens next summer.

Matt Horn of Horn Barbecue will be opening KowBird, specializing in all things chicken while Abram Plaut and Tomoharu Shono will run Mensho Tokyo Ramen, which has become the gold standard for ramen in the Bay Area.

Oakland Winery, a boutique working winery that will feature a wine bar and mixing lab, will make its debut in the 40,000-square-foot market hall. Oakland Assembly will also feature a large indoor stage, a second-floor banquet hall and balcony, and outdoor dining areas with views of the estuary and the San Francisco skyline.

The two-level venue at 55 Harrision St. will also feature live entertainment and have space for community events.

CIM Group is the real estate and infrastructure owner, operator and lender for the project.

CIM Group also has more than 300 apartments and ground-floor retail under construction nearby at 40 Harrison St. and plans to break ground on a five-story Jack London Square hotel in the spring.

What’s more the Oakland A’s signed a lease two years ago to make Jack London Square their home base. The A’s moved into their new headquarters earlier this year taking 40,000 square feet of office space at the Square.