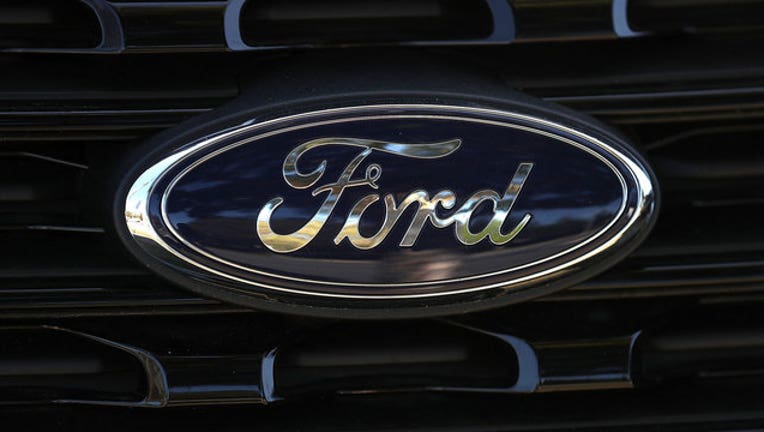 The Ford logo is displayed on a new Ford car on the sales lot at a Ford dealership on March 29, 2017 in Colma, California. (Photo by Justin Sullivan/Getty Images)

DEARBORN, Mich. (AP) - Ford is recalling about 350,000 trucks and SUVs in the U.S., Canada and Mexico because they might be in a different gear than the one shown on the shift indicator.

Ford says that on some vehicles, a clip that locks the gear shift cable to the transmission might come loose. The company says a driver might be able to shift into park and remove the key while the transmission is in another gear, allowing unintended movement.

Ford knows of one crash and one injury due to the problem.

Dealers will make sure the clip was installed correctly and secure it if needed.