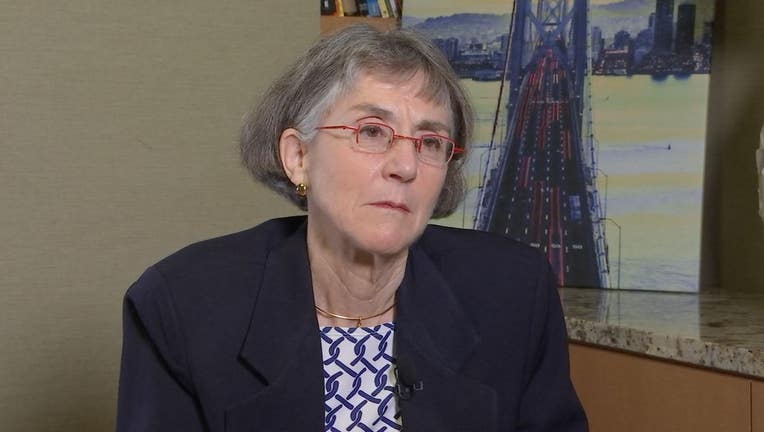 OAKLAND, Calif. - Former Oakland police Chief Anne Kirkpatrick alleged in a lawsuit filed Wednesday that she was fired in February in retaliation for exposing corruption and abuse of power by the city's Police Commission.

"It's really egregious," her attorney, R. James Slaughter of Keker Van Nest and Peters, said of Kirkpatrick's termination by the commission and Mayor Libby Schaaf.

The former chief is seeking damages for lost pay, benefits and future earnings, saying the termination damaged her reputation.

Slaughter said Kirkpatrick has returned to Seattle, where she is from, and she is now doing consulting work.

Slaughter said Kirkpatrick reported the commission's behavior to the city administrator, mayor and city attorney, because she believed they could do something about it, and they didn't.

Kirkpatrick was fired after just under three years as chief.

"Chief Kirkpatrick was the most progressive chief in Oakland history," Slaughter said.

Kirkpatrick wrote in an earlier report that she believed the alleged bullying and berating may have been retaliation for the chief's alleging that Commissioner Ginale Harris inappropriately sought to have a towing fee reversed.

Harris did not immediately respond to a request for comment. But in prior interviews, her attorney, Dan Siegel, has said that allegation is completely untrue.

The Police Commission has, among other powers, the authority to review and comment on the Police Department's policies and procedures and to propose changes, according to the Oakland City Attorney's Office.

Police Commissioner Chair Regina Jackson told KTVU  "It's hard to understand why whistleblowing is the reason for termination when the commission didn't know that she had blown the whistle."

Kirkpatrick wasn't fired for any one thing, Jackson said, but a variety of issues, including, most notably, her handling of the officer-involved shooting of Joshua Pawlik in 2018.

Schaaf's office referred a request for comment to the city attorney, whose office said she has no comment.