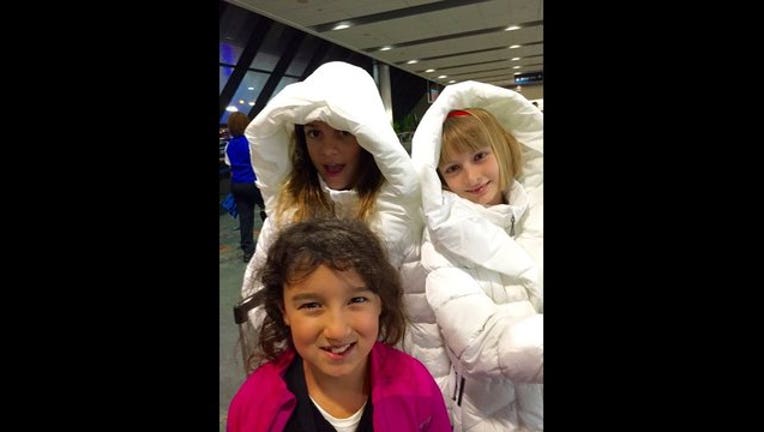 DES MOINES, Iowa (KMSP) - Donald Trump’s “Freedom Kids” are coming to a stage near you.

After a team of three patriotic little girls performed a song-and-dance routine that raised several eyebrows at a Trump rally in Pensacola, Florida on Jan. 13, they announced on Twitter they’d be heading to Drake University to win over the people of Iowa on Thursday night.

Trump won’t be taking part in tonight’s debate in Des Moines, but instead, his event will benefit veterans’ organizations. Trump said he’d be boycotting the debate after a feud with the debate’s host, Fox News’ Megyn Kelly.

Trump’s event starts at 8 p.m. at Drake’s Sheslow Auditorium, the same time the primetime debate is slated to begin.