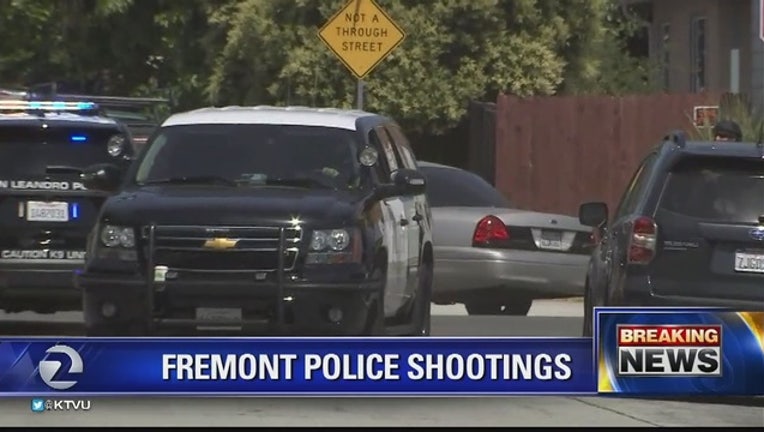 FREMONT (KTVU) -- The Fremont police department announced Thursday that one of its officers hurt two weeks ago when a traffic stop erupted into gunfire has been released from the hospital.

The department tweeted that the unidentified officer left medical care and that the second officer hurt during the incident was "continuing to improve."

The two officers were injured on June 1 when they tried to pull a driver over at Fremont Boulevard near Washington Boulevard. The suspect opened fire on the officers, a shooting that was followed by an hours-long manhunt and police standoff.

The suspect, later identified as Gerald Villabrille Jr., 44, of San Jose, died when the house he was hiding in was destroyed by flames. Officials have said he suffered a self-inflicted gunshot wound.

Department officials have previously described the critically injured officer as a relatively new hire with just over a year of experience with the department. Police have said the second injured officer was a detective with about 10 years experience. The department has not publicly identified either officer.