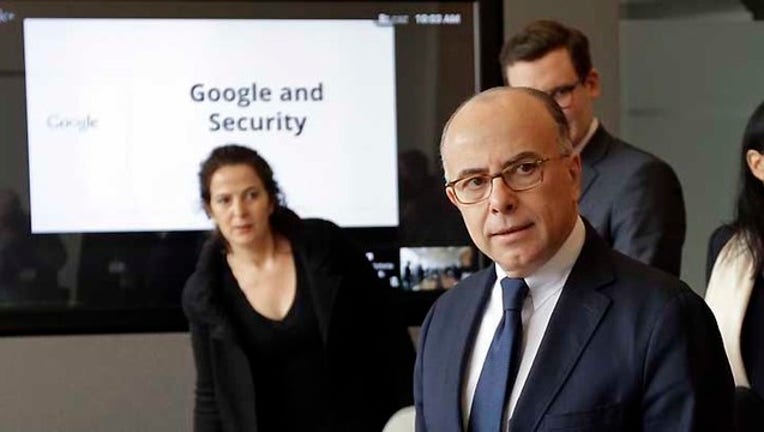 SAN FRANCISCO (AP) — The French interior minister is meeting with representatives from Google, Facebook and Twitter to encourage them to join the European Union in its fight against propaganda disseminated online by terrorist groups.

He is calling for better coordination in the fight against online "terrorist propaganda," asking Internet firms to cooperate against extremism.

On Jan. 7, two gunmen killed 12 people and injured 11 more during an attack on the satirical newspaper Charlie Hebdo in Paris. A third gunman killed a policewoman Jan. 8 and then killed four more people a day later after taking hostages at a kosher supermarket in Paris. Police killed the three gunmen in two separate shootouts Jan. 9