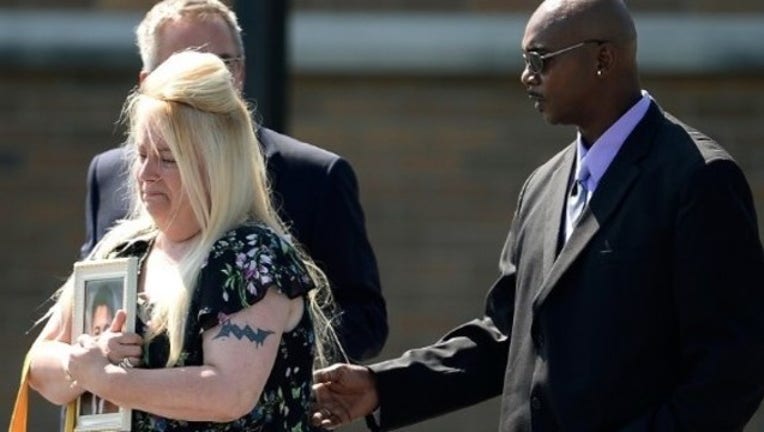 ROMULUS, N.Y. (AP) - The mother of one of the victims of a mass shooting in California held tight to a framed photo of her son as she left his funeral.

Services for 25-year-old Trevor Irby were held Thursday at Romulus Central School in central New York, where Irby graduated from in 2012.

He was one of three people killed at the Gilroy Garlic Festival July 28.

The funeral for 13-year-old Keyla Salazar was held Tuesday in San Jose, California. Also killed was 6-year-old Stephen Romero of San Jose. More than a dozen other people were injured when Santino William Legan opened fire with an assault-style rifle .

Irby graduated from Keuka College and was working as a medical technician in Scotts Valley, California.

Pallbearers at his funeral wore jerseys of his favorite Pittsburgh Steelers.