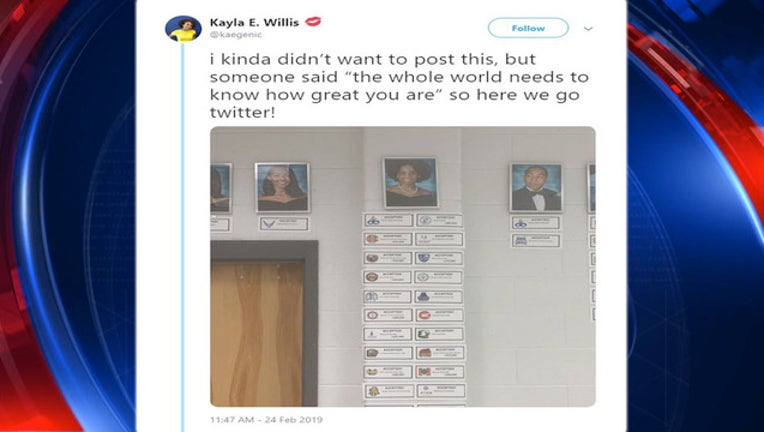 (FOX 46 CHARLOTTE) - A Georgia high school student is gaining national attention after posting a photo on social media- sharing the great news that she's been accepted to 31 colleges.

Kayla Willis' acceptances are posted on the wall with others in the 'senior hall' at her high school, 11 Alive News reports. Under her photo is a long list of schools, including information regarding scholarships she was offered.

After reportedly being encouraged by family and friends to share the photo on Twitter, the high school student went viral.

11 Alive News reports that Willis had a 3.96 GPA and an 1160 SAT score. She reportedly applied to 50 colleges at all levels and received more than $900,000 in scholarships from the universities that have already responded and sent acceptance letters.