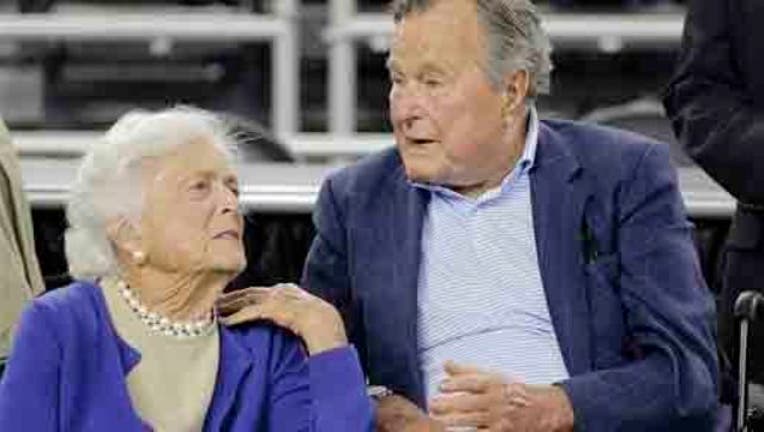 KENNEBUNKPORT, Maine (AP) — Former President George H.W. Bush has fallen at home in Kennebunkport, Maine, and broken a bone in his neck.

Spokesman Jim McGrath says the 91-year-old Bush is in stable condition and is doing "fine" after Wednesday's fall. He says in a tweet the 41st president will be in a neck brace.

Bush was hospitalized in Houston in December for about a week for treatment of shortness of breath. He said he was "grateful to the doctors and nurses for their superb care" after his treatment there.

Bush is the oldest living former U.S. president. He served two terms as Ronald Reagan's vice president before being elected the nation's 41st president in 1988. After one term highlighted by the success of the 1991 Gulf War in Kuwait he lost to Democrat Bill Clinton amid voters' concerns about the economy.