Ghost kitchens’ unseen food ecosystem: the good, the bad, and the gross

When you order food for delivery you may think you know where your food comes from, but some diners are learning the world of food delivery apps is more complex and difficult to unravel than they expected.

SAN FRANCISCO - When you order food for delivery you may think you know where your food comes from, but some diners are learning the world of food delivery apps is more complex and difficult to unravel than they expected.

After a San Francisco restaurant owner's Twitter thread about delivery apps listing her restaurant without her knowledge went viral, many Bay Area consumers were left wondering if they are really getting what they purchased when they think they're ordering delivery from their favorite local restaurants.

If you want to hear another story about how @seamless @grubhub, and @yelp are defrauding us restaurants and their customers, pull up a chair. I have a story to tell. 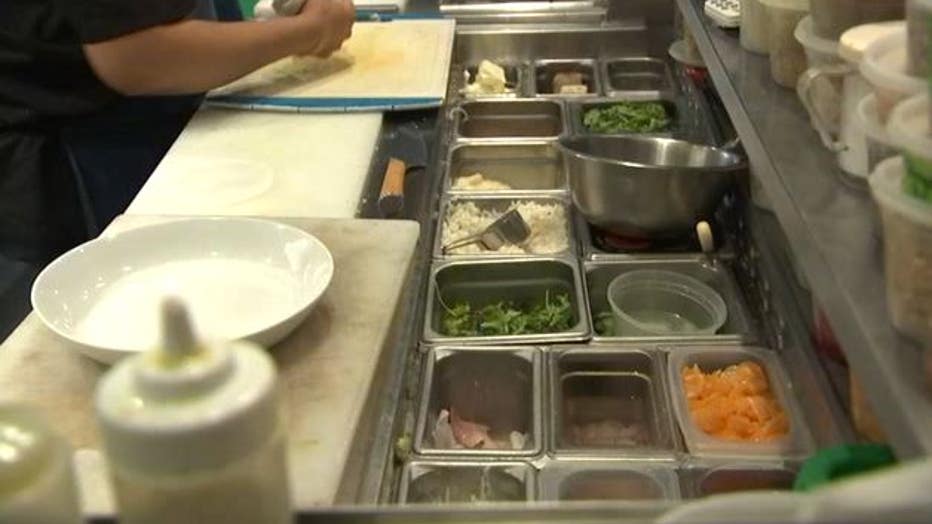 In the wild world of online food delivery, restaurants don't always have a say in their delivery policies, and some restauranteurs even tell KTVU that it's an uphill battle to get their menus removed from delivery apps after they find their establishments listed without their agreement.

At 3rd Cousin in San Francisco's Bernal Heights neighborhood, a full restaurant is the only way to tell business is booming for owner Greg Lutes, because 3rd Cousin doesn't deliver.

"We don't do deliveries because we don't want the quality to be compromised," said Lutes.

So imagine just how surprised Lutes was when he found that 3rd Cousin was listed on a food delivery app without his knowledge or partnership. His menu was even posted online with items that customers can't order from him.

"That's what's happened with Postmates recently," said Lutes. "We didn't even have an order, literally somebody walked in with a phone saying, 'I want to order a pork chop.' The pork chop hasn't been on the menu for months, the menu that he had was more than a year old."

A quick Google search for 3rd Cousin showed that the restaurant was still listed as accepting deliveries through Postmates, at the time of this publication. Lutes says it's also unlikely that a delivery driver could walk into 3rd Cousin and place an order for carryout with the intention of delivering it to an online customer, because he has rarely, if ever, approved an order for takeout. And that night, he certainly didn't fulfill a takeout order for a pork chop.

"I actually had Postmates call me that night at the restaurant and wanting to know what was going on, and I said I just want our listing taken down," said Lutes. "We never opted in on it, or signed up for it."

In the online community of gig workers who drive for food delivery apps, the problems some drivers reported are far more serious and may pose much bigger health hazards than simply delivering food from restaurants that don't want to be listed online.

Kimberly James, who says she delivers food for several different apps in the Atlanta, Georgia area, says sometimes the deliveries she's picked up don't even come from restaurants at all. In one case she pulled up to a man's home for an early morning order.

"I had to sit on his couch in his house and watch him cook food in his kitchen," said James. "No gloves, no kinds of safety standards."

She says she's delivered food from restaurants, condos, and trailers. And in one instance, she says while driving for Uber Eats, she picked up food from someone who made the food on "a bus stealing electricity from a construction site."

"You know, I used to be a corporate trainer for McDonald's, and that's a food safety issue," James said.

Kitchens operating out of trailers aren't that uncommon in the food delivery world, and often they are legitimate businesses that want to save the cost and hassle of renting a brick and mortar location. They're called ghost kitchens, and they provide delivery only.

But for diners at 3rd Cousin, learning about how easy it would be to impersonate their favorite restaurant and deliver food from a potentially uninspected ghost kitchen, gives them pause.

"I would be very disturbed to find out that I had been ordering food from my favorite restaurant and it had been made in a ghost kitchen, and delivered to me and I had paid some stranger for that," said restaurant customer Anastasia Ashman.

No drivers have stepped forward to talk with KTVU about deliveries from homes, buses, or other questionable locations in San Francisco or the Bay Area. Uber Eats addressed the allegations from driver Kim James in a statement that said, "We take food safety very seriously and require contracts with our restaurant partners whereby they agree to abide by certain food safety standards."

KTVU also contacted San Francisco's Department of Public Health, which says that all online food prep and delivery locations have to meet the strict guidelines of traditional brick and mortar restaurants.

As for complaints from businesses that don't want deliveries, Postmates says "... in the off-chance a merchant wants to be removed from the platform, all they have to do is reach out to us and we'll remove them."

Lutes says it's an ongoing process to scrub the restaurant from all delivery services. "It takes time. I'm sure I'll get to the bottom of it, and if I have to get an attorney involved then that's a possibility,' said Lutes.

As for those who use the apps, if diners want to know about where they're getting their food they should check with their local department of health and check out the published inspection histories. Also, contact the restaurant directly, ideally on the phone, to find out if they offer delivery and through which platforms.