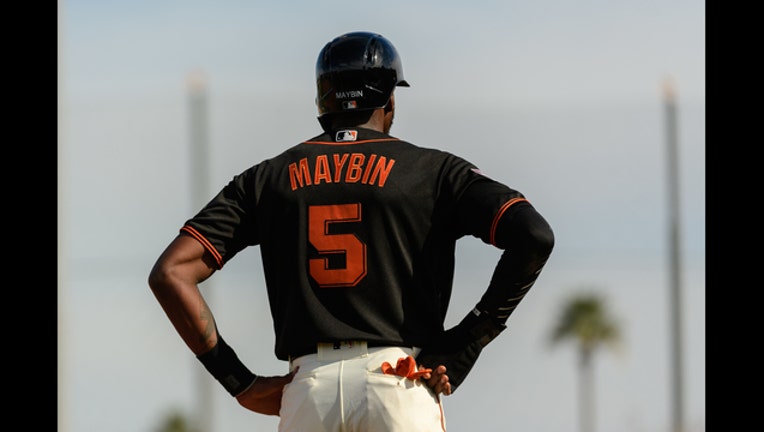 Cameron Maybin #5 of the San Francisco Giants stands on third base during the spring training game against the Chicago White Sox at Scottsdale Stadium on February 25, 2019 in Scottsdale, Arizona. (Photo by Jennifer Stewart/Getty Images)

Maybin, 31, was arrested around 2:45 a.m. along North Scottsdale Road on suspicion of driving while impaired and driving with a blood alcohol level of .08 or more.

Last month, the Giants announced Maybin had signed with them.

In a separate matter, on Monday, Giants team officials announced President and CEO Larry Baer would take a leave of absence after a video surfaced last week showing him grabbing a phone from his wife during a fight near Octavia and Hayes streets, which caused Baer's wife to fall to the ground.

Following the announcement, the board of directors of San Francisco Baseball Associates said that the Giants executive team will manage the day-to-day operations of the franchise during Baer's leave of absence.