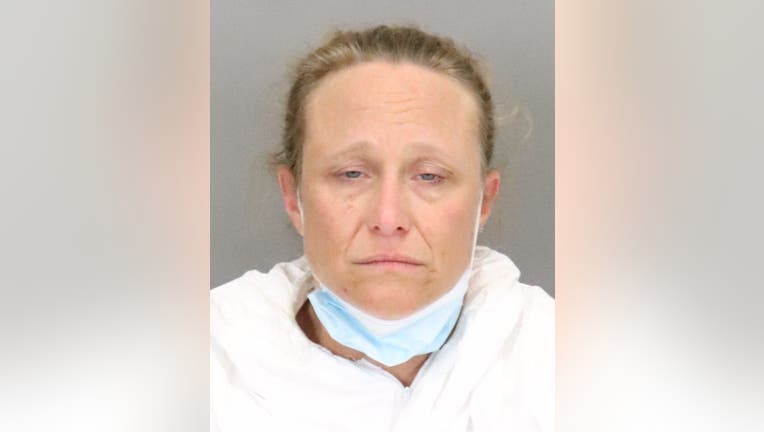 SAN JOSE, Calif. - San Jose police announced on Tuesday that they arrested a 41-year-old woman in connection with the homicide of her boyfriend in what was first reported as a double shooting near the state university.

Jessica Nicole Garrison was booked into the Santa Clara County Mail Jail following a 3 a.m. shooting Monday on the 400 block of 10th Street.

Police revealed that it was Garrison who called 911 to say her boyfriend had been shot.

When officers arrived, they found both Garrison and her boyfriend inside a home, each suffering from at least one gunshot wound.

The boyfriend was pronounced dead at the scene. He became the 10th homicide in San Jose of the year.

Police did not spell out how she was shot – whether she had harmed herself or whether her boyfriend shot her before she had died.

Aponte said he wouldn't reveal those details as it was still under investigation.

During their investigation, police said they identified Garrison as the primary suspect.

A neighbor told KTVU he knew the woman and called her "nice."