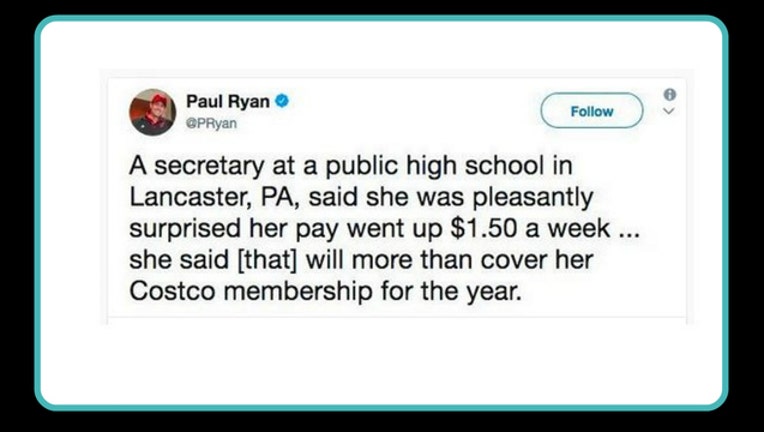 WASHINGTON (AP) -- House Speaker Paul Ryan has highlighted on Twitter a school secretary benefiting from the Republican tax overhaul, then deleted the tweet after online criticism that he is cheering an increase of $1.50 a week.

The Associated Press reported on Thursday that changes in tax withholding were sparking bigger paychecks, citing as one example Julia Ketchum of Lancaster, Pennsylvania, whose check went up $1.50 a week.

Ryan on Saturday posted a Tweet noting the secretary's increase and linking to the AP story. He has posted several other examples of worker pay increases and bonuses since the overhaul, some as much as $1,000.

Ryan's spokeswoman didn't immediately respond to a request for comment.