SACRAMENTO - California Gov. Gavin Newsom has all the evidence to believe "completely corrupt" President Donald Trump should be removed from office by Congress, but with Republicans in control of the U.S. Senate he says the best way to boot Trump from the White House is at the ballot box.

"I wouldn't support impeachment unless I supported removal," Newsom told The Associated Press in an interview Tuesday, marking the first time he has explicitly stated senators should vote Trump out of office.

Newsom, a Democrat, has long backed impeachment proceedings, calling for hearings as early as 2017 while seeking his first term as governor and the Russia investigation was consuming Washington.

Still, he doesn't think removal is likely to happen. The Republican-controlled chamber "will simply do nothing but abdicate any traditional oversight of bad behavior of this administration," he said. He thinks voters, though, will choose a Democrat over Trump next fall.

During the AP interview, Newsom discussed California's ongoing battles with the Trump administration and the faltering presidential campaign of U.S. Sen. Kamala Harris of California, who Newsom endorsed. Harris and Newsom cut their political teeth in San Francisco, she as district attorney and he as a supervisor and then mayor. 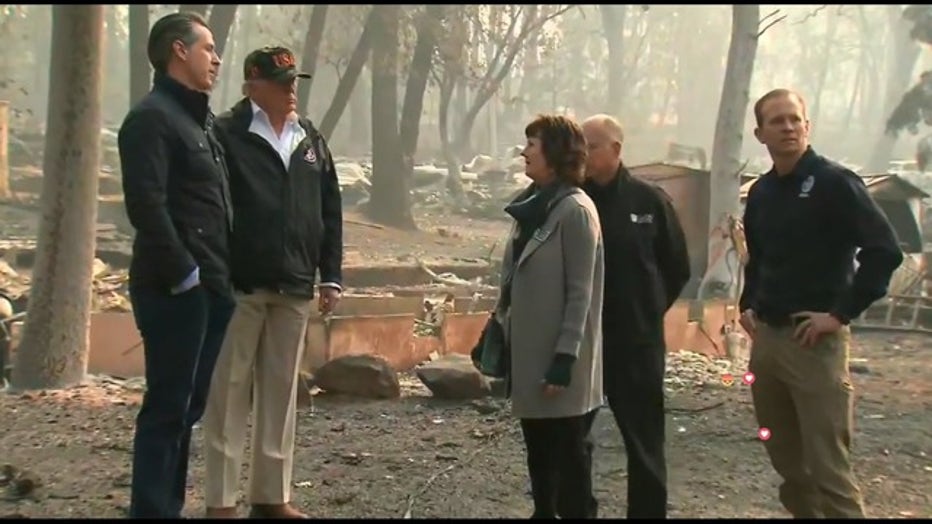 Harris launched her presidential campaign in January amid much fanfare and got a bump in the polls after challenging Joe Biden in the first Democratic debate, but she's since seen her standing in national and California polls fall. Newsom said Harris, who was elected in 2016, was at a disadvantage when she entered the race. She had little name recognition, he said, while former Vice President Joe Biden, Vermont Sen. Bernie Sanders and Massachusetts Sen. Elizabeth Warren already were established on the national political stage.

"The fact she's still a top-tier candidate is in and of itself pretty extraordinary," he said. "I think we set really high expectations ... but I think she's now about where if she started this campaign without that expectation of those first few weeks, she'd be probably pretty satisfied because she's in the mix."

Newsom has made no secret of his disdain for Trump and his policies. California has filed roughly 60 lawsuits against administration policies on environment, immigration and other issues. Newsom has accused Trump of threatening aid to California as a form of political retribution and has not been shy in his criticism.

He doubled down on Tuesday, calling Trump a "punch drunk," ''flailing" president before suggesting impeachment proceedings may sharpen the focus of a chaotic Washington.

Trump, meanwhile, has called California a "disgrace" and pointed to the state's homelessness as evidence of failed Democratic rule. His administration has moved to revoke California's ability to set its own auto emissions standards.

"In some ways it's a calming force," Newsom said of impeachment, noting Trump knows how to change the narrative. With "everyone running to the daily, shiny object, at least we are now within a box frame," Newsom said.

Newsom did not specify whether Trump's request for Ukraine to investigate Biden is what sparked his belief that Trump should be removed from office or whether he thought there was enough evidence to remove him prior to that.

His spokespeople did not immediately respond to requests for clarification.