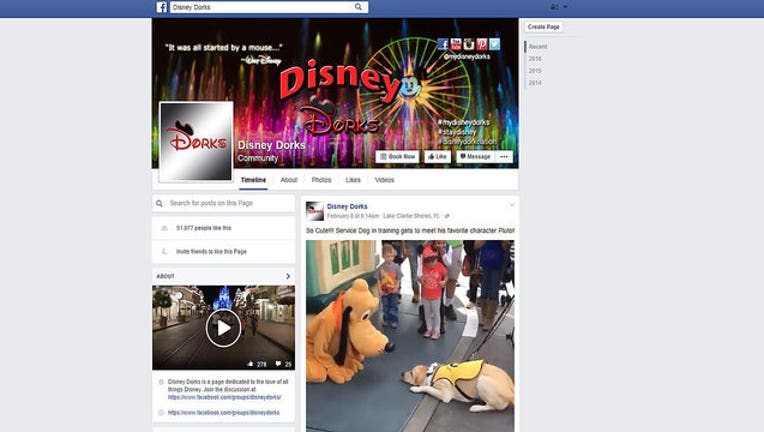 ANAHEIM, Calif. - A video posted on the Disney Dorks Facebook page is quickly becoming viral, with nearly 15 million views in just two days.  It shows what is described as a "service dog in training" having a playful interaction with Pluto.

Facebook user Sandy Steinblums explained in a reply post that she is a volunteer for Guide Dogs of America who helped raise the dog, named "Ace."   "He is training to be a guide dog for the blind," she said. "We went to Disneyland for a few hours as a socialization experience."

Steinblums said "Ace" entered his "formal" guide dog training at the end of January and will continue with six to nine months of extensive training with licensed trainers before given the opportunity to graduate as a guide dog and has "the right match in a human partner."