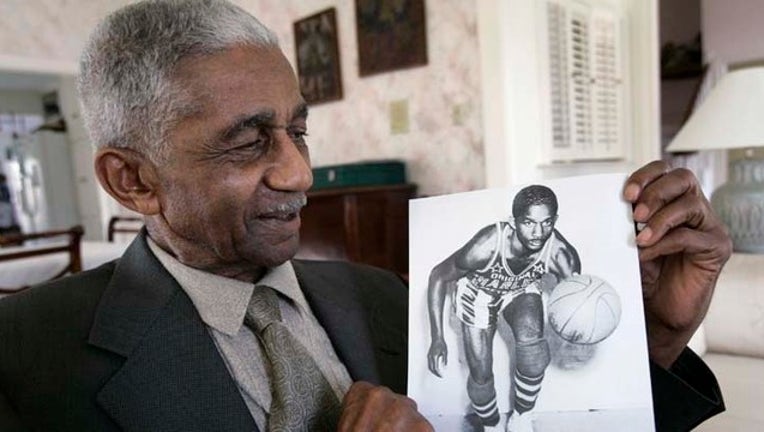 He died Friday in Plano, Texas, of natural causes, the Globetrotters said. CEO Kurt Schneider said "basketball has lost one of its most iconic figures."

He played in more than 12,000 games, traveling more than 4 million miles and appearing in more than 100 countries for a team that combined dazzling skills, theatrical flair and circus antics. He was the Globetrotters' player-coach in 1974-75.

The Globetrotters will dedicate their 90th anniversary tour in 2016 to Haynes and will wear a uniform patch in tribute.

"Marques was a pioneer, helping pave the way for people of all races to have opportunities to play basketball, and for the sport to explode on a global scale," Schneider said. "His unique and groundbreaking style of play set the tone for modern basketball as we know it. Anyone involved with basketball worldwide is indebted to Marques. He was the consummate Globetrotter.

While playing at Langston (Oklahoma) University, the acrobatic Haynes caught the attention of Globetrotters owner Abe Saperstein in 1946 after leading Langston to a win over Globies. Haynes remained at the school, but after graduation joined the Globetrotters. He led them to victories against the George Mikan-led Minneapolis Lakers of the NBA in 1948 and 1949.

Haynes was more than mere showman on the court, although his dribbling skills were show-stopping displays that often had opponents standing and watching in awe. He led Booker T. Washington High School in his hometown of Sand Springs, Oklahoma, to the unofficial national championship in 1941 and was a scholastic All-American that season. He then starred at Langston, an NAIA school where he was a four-time all-conference selection and team MVP.

Haynes led Langston in scoring all four years and the team had a 112-3 record, including a 59-game winning streak.