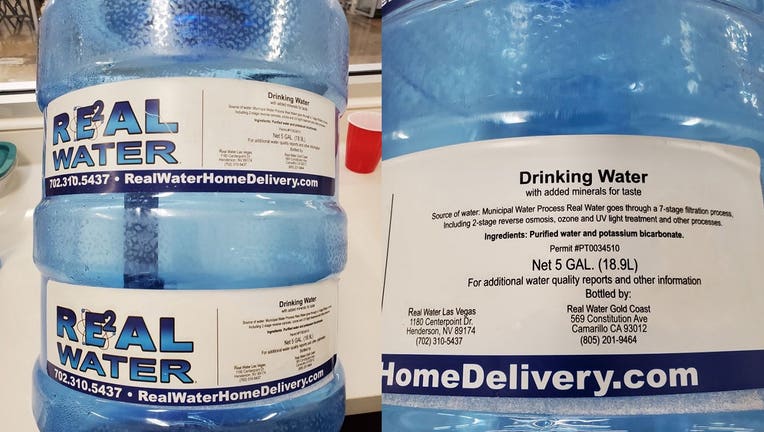 LAS VEGAS - Health officials in Las Vegas reported six more cases of liver illness this week believed to be linked to a commercially marketed bottled water brand, Real Water, that faces a U.S. Food and Drug Administration probe and lawsuits by people alleging they were sickened and hospitalized.

In state court, attorneys for the bottler, Affinitylifestyles.com Inc., and company president Brent Jones acknowledged the FDA investigation but not that Real Water caused illnesses.

They also do not dispute the water is drawn from the public Las Vegas-area water supply,. But they said in court filings last week that it is filtered and processed "before bottling and sale to consumers."

Attorney Michael Hetey, representing Jones and the company, declined Wednesday to comment on the lawsuits but said Real Water was cooperating with FDA and Southern Nevada Health District investigations.

"Defendants deny the allegations of misrepresentations, omissions, deceptions and actions as alleged," the company said in April 21 and April 22 court filings answering two of at least four state and federal lawsuits filed against it.

The first case, headed by Las Vegas attorney Will Kemp, blames the water for liver illness in five children and seeks unspecified monetary damages on allegations including civil negligence and deceptive trade practices.

Kemp filed a second lawsuit in state court on behalf of five plaintiffs, including a man who blamed the water for his liver failure diagnosis in September 2019. He underwent a liver transplant in Los Angeles.

A case pending in U.S. District Court in Las Vegas seeks class-action status on behalf of anyone injured in the U.S. after buying Real Water. Its plaintiffs are three California women who allege deceptive trade practices and false advertising.

Real Water has been marketed since at least 2013 as premium "alkalized" drinking water with healthy detoxifying properties. It comes in distinctive boxy blue bottles with labels touting "E2 Electron Energized Technology," saying it is "infused with negative ions."

After the Las Vegas-based health district made the FDA investigation public in mid-March, Jones issued a statement calling for stores nationwide to pull Real Water from shelves. The company termed the move voluntary.

"To date," the health district said Monday, "the consumption of ‘Real Water’ brand alkaline water was found to be the only common link in all the identified cases." The names of patients were not disclosed.

Fifty more cases of non-viral hepatitis were being investigated, the health district said, with the most common symptoms reported by patients including nausea, vomiting, fatigue, loss of appetite and dizziness.

The FDA issued a statement March 31 saying the company was not cooperating with investigations at facilities in Henderson, Nevada, and Mesa, Arizona. The agency said it was demanding company records. It has not released results of its work.

Hetey said his firm, Thorndal Armstrong Delk Balkenbush & Eisinger in Las Vegas, was hired this month "and since then have been working with the FDA and SNHD."

"I know of no issues since then," the attorney said.

The FDA also said it was aware that Real Water was still promoted on social media and offered for sale online. It said retail sales and distribution of 5-gallon (18.9-liter) bottles were primarily in Central and Southern California, Las Vegas, Phoenix and Utah.

The federal agency called it "crucial that consumers, restaurants, distributors and retailers not drink, cook with, sell or serve ‘Real Water’ alkaline water."