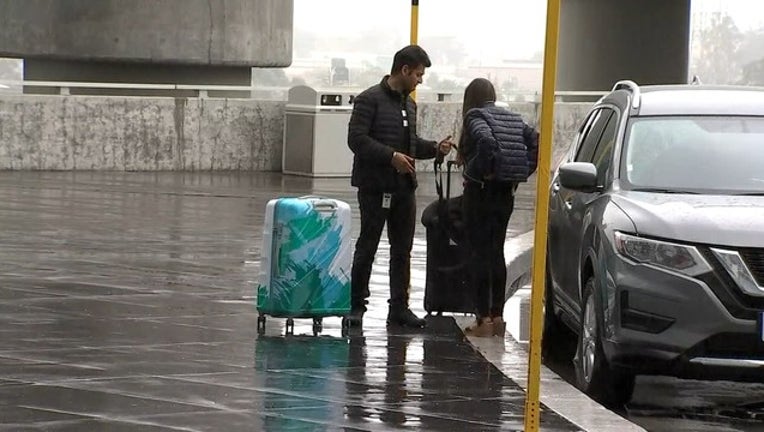 SAN FRANCISCO (BCN) - Heavy rains and wind are walloping the Bay Area, flooding roadways, closing roads and causing airline flights to be canceled this afternoon, according to city, airport and utility spokespeople.

As of 2:35 p.m., the Rohnert Park Expressway in Rohnert Park in the North Bay was closed between the Rancho Verde Mobile Home Park and Stony Point Road due to flooding, city officials said. Motorists are advised to avoid the area, according to the Rohnert Park Department of Public Safety.

Flight cancellations at San Francisco International Airport total 147, which is about 10 percent of the airport's total flight schedule, according to Doug Yakel, a spokesman for the airport.

"Most cancellations are on short-haul flights along the West Coast," Yakel said.

Delays are averaging 60 to 70 minutes at present, Yakel said.

You can check your SFO flight status here.