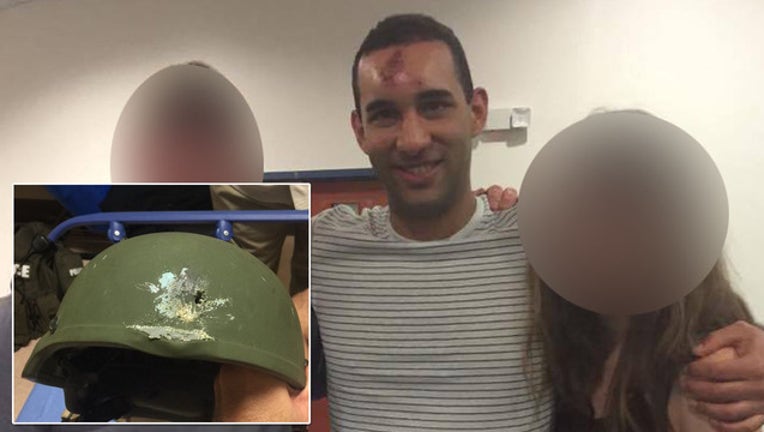 ORLANDO (FOX 13) - The Kevlar helmet of an Orlando SWAT officer took the bullets fired from a gunman who attacked hundreds of people inside the Pulse nightclub early Sunday morning, saving his life.

The officer, Michael Napolitano, survived and was seen in a photo with some pretty big cuts and bruises on his forehead. The helmet took the brunt of the deadly force, sparing him from any further injury.

Orlando police released the names of the other officers who exchanged gunfire with the gunman, identified as 29-year-old Omar Mateen, who was carrying an AR-15 and firing relentlessly at officers and people inside the club.

One of the officers was working an extra duty at Pulse that night; Officer Adam Gruler, a member of the Orlando Police Department since 2001.

The first patrol unit on scene was SWAT member and Lieutenant Scott Smith, who has been with the department since 1992.

The other SWAT officers were identified as:

All of the officers were fired at but are OK, police said.

49 people were killed inside the nightclub, making this the deadliest shooting in modern U.S. history. More than 50 others were injured. The gunman was killed.