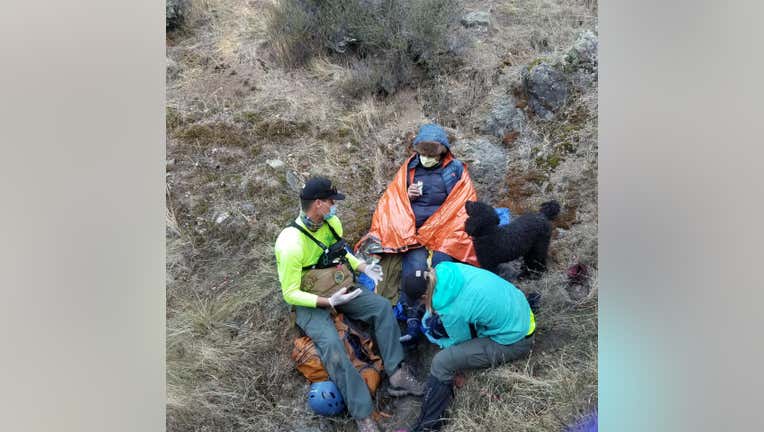 FAIRFAX, Calif. - A 71-year-old hiker and his dog were rescued Sunday morning after they spent the night in a creek drainage in the Cascade Canyon area near Fairfax, the Marin County Sheriff's Office said.

The hiker, who was not publicly identified, and his dog Yarrow were hiking in that area late Saturday afternoon. When they did not return home by nightfall, a search was mounted quickly by the Fairfax Police Department and the Marin County Open Space District. The Sheriff's Office said Marin Search and Rescue joined the search about 10 p.m. Saturday, and Marin County Search and Rescue and the Sheriff's drone team also joined in the search, but by 3 a.m. Sunday had not found the man or the dog.

Mutual aid search-and-rescue resources from Sonoma, San Mateo and Contra Costa Counties, as well as the California Rescue Dog Association, resumed the search at about 7 a.m. Sunday. Soon thereafter, the Marin Sheriff's Office said, By that time, the hiker had found cell phone coverage and called a family member. His location was traced by cell phone signal to a steep drainage in the upper San Anselmo Creek area. A ground team eventually found the hiker, who was uninjured but too exhausted to hike out on his own, Sheriff's Sgt. Brenton Schneider said Sunday afternoon. 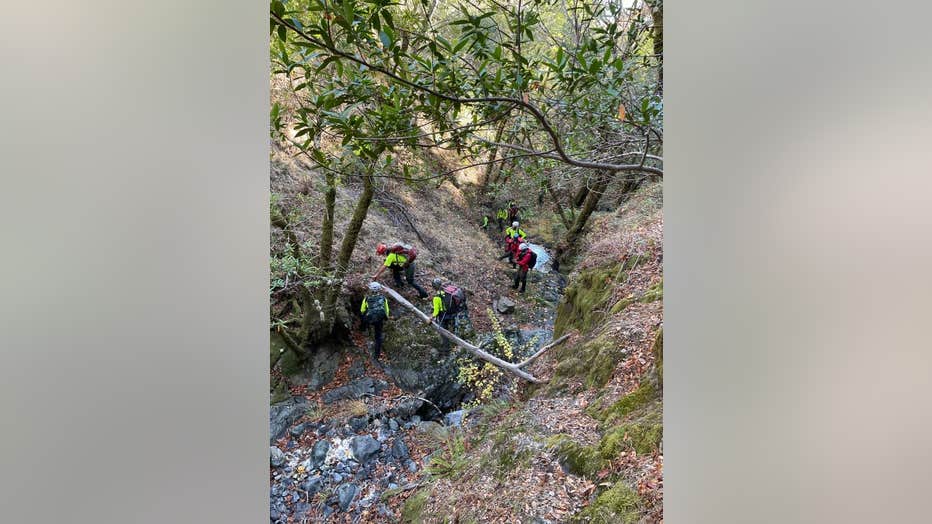 Plans were made to carry the hiker out either via the creek drainage or up a difficult sidehill path, but a CalFire rescue helicopter was freed up to airlift the man out of the canyon. The dog hiked up the canyon with rescue crews, and the hiker and dog were reunited with family members at a nearby command post. Schneider said the hiker was able to go home with his family.