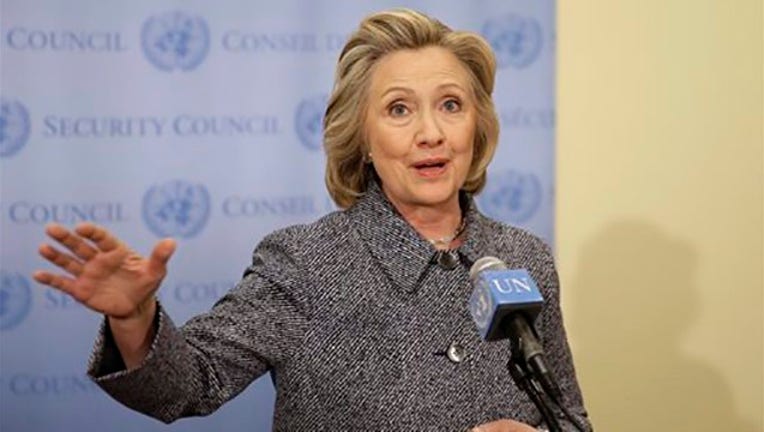 UNITED NATIONS (AP) — Breaking her silence, Hillary Rodham Clinton conceded Tuesday that she should have used government email as secretary of state and acknowledged she had destroyed tens of thousands of emails in her private account that she described as personal in nature.

In the face of a growing controversy over her use of a private email address and server, Clinton was defiant in insisting she had not violated any federal laws or Obama administration rules.

"I fully complied by every rule I was governed by," Clinton said in a 20-minute news conference that marked her first comments on the matter.

The controversy has upended Clinton's careful blueprint for the rollout of her 2016 presidential campaign. The clear front-runner for the Democratic nomination, Clinton had planned to spend March touting her work on women's issues and giving a handful of paid speeches before announcing her candidacy in early April.

Clinton tried to stick to that plan in the days after details of her email use became public. But as criticism from Republicans mounted and Democratic allies started publicly pushing Clinton to address the matter, her team hastily arranged Tuesday's brief news conference.

The former secretary of state described her decision to rely exclusively on her private account as a matter of convenience and a way to avoid carrying two devices. She said she had not used her personal email to discuss any classified information.

Clinton said her server would remain private. She said she had exchanged 60,000 emails, half of which were personal and were discarded.

"I had no reason to save them," Clinton said of the personal emails. She described the destroyed communications as ones related to her daughter's wedding, her mother's funeral, her yoga routine and other matters.

"Everything that could be in any way connected to work is now in the possession of the State Department," Clinton said.

Some of those emails have been turned over to a congressional committee investigating the deaths of four Americans at a U.S. facility in Benghazi, Libya, in 2012. Rep. Trey Gowdy, the South Carolina Republican leading the committee, said Clinton's comments Tuesday left him with more questions than answers.

"There remain serious questions about the security of the system she employed from a national security standpoint," Gowdy said.

Clinton spoke shortly after delivering remarks at a women's empowerment event at the United Nations. She then made her way to a nearby hallway where dozens of reporters and photographers were awaiting her first formal news conference since leaving the State Department in early 2013.

Before the question-and-answer session, Clinton's only comment on the matter had been a late-night tweet last week saying she wanted the State Department to the release her emails.

Clinton served as the nation's top diplomat throughout President Barack Obama's first term. In late 2014, nearly two years after she left the administration, she turned over 55,000 pages of emails to the State Department in response to an agency request.

The department says it will take several months to review the material. Spokeswoman Jen Psaki said Tuesday that once the review is complete, the emails will be posted online for the public to see. Passages revealing anything from trade secrets to sensitive national security information could be redacted, in keeping with Freedom of Information Act guidelines.

The email disclosures have raised questions about whether she fully complied with federal laws requiring government officials to preserve written communications involving official business. By using her own email server, traced to an Internet connection registered to her hometown in Chappaqua, New York, she gained more control over her email than she would have had using a government server.

At the very least, Clinton appears to have violated what the White House has called "very specific guidance" that officials should use government email to conduct business.

But because Clinton was operating her own email server, only she and her closest aides know that for sure.