A group of South Carolina high school students competing for homecoming queen recently ditched their heels in a show of support for a fellow contender.

GRANITEVILLE, S.C. - No shoes, no problem.

A group of South Carolina high school students competing for homecoming queen recently ditched their heels in a show of support for a fellow contender.

Nataleigh Deal, a 19-year-old student at Strom Thurmond High School in Johnston, was supposed to walk during a football game last Friday along with the other candidates, but suffered a seizure upon arriving. Nataleigh, who has epilepsy and has Down syndrome, had somewhat recovered by the time the girls were supposed to hit the field, but said she still felt uneasy wearing heels. 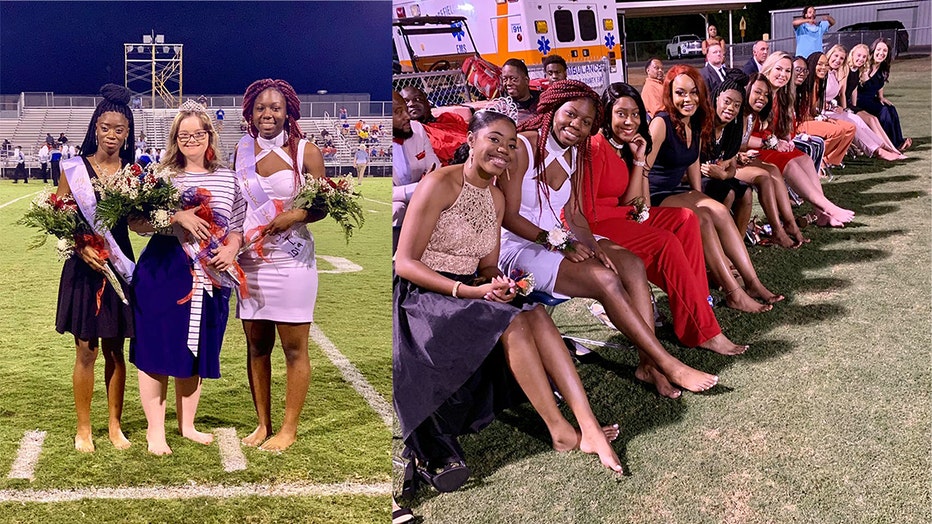 Every single homecoming candidate ditched her heels to show support for Nataleigh, who didn't feel good enough to wear hers after suffering a seizure.

“So instead of leaving her the oddball out, every. single. girl. on homecoming court took their shoes off, too,” Nataleigh’s sister Carleigh later shared on Facebook. “The inclusion and love will never be matched.”

Carleigh also told WRDW the trend went beyond just the girls competing for homecoming queen. "Not even the homecoming elect from the year before who was crowning" was wearing shoes, according to Carleigh.

The night only got better for Nataleigh when she was officially crowned homecoming queen in front of her peers.

“I am in awe,” her sister said on Facebook. “All my life I have prayed for inclusion and absolute love from the world for my sister, and she’s received nothing but that.”

The school’s assistant principal, too, took to Facebook to praise the girls for their sweet gesture.

Friends of both Hadden’s and Carleigh’s soon joined in with their own kind words.

“This beautiful young lady and her amazing friends should the world how to treat each other,” one wrote. “The world would be a much better place if everyone took notice!”

“The world needs more people like these young ladies,” another said.