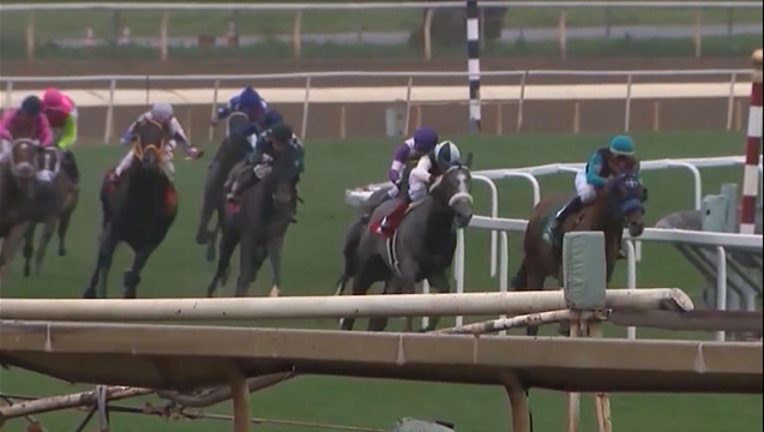 The latest casualty was a 5-year-old gelding named Ky. (Kentucky) Colonel who collapsed and died from an apparent heart attack after jogging around the Arcadia racetrack Saturday afternoon.

The gelding's trainer, Richard Mandella, told reporters the horse had recently returned to racing after being away for a rest. Colonel had five wins in 20 career starts. He last raced in May at Golden Gate Fields in Northern California.

Earlier this year, Santa Anita officials implemented several new safety procedures to try to reduce the number of deaths among horses racing there.

Despite the death on Saturday', racing was expected to resume Sunday as scheduled.