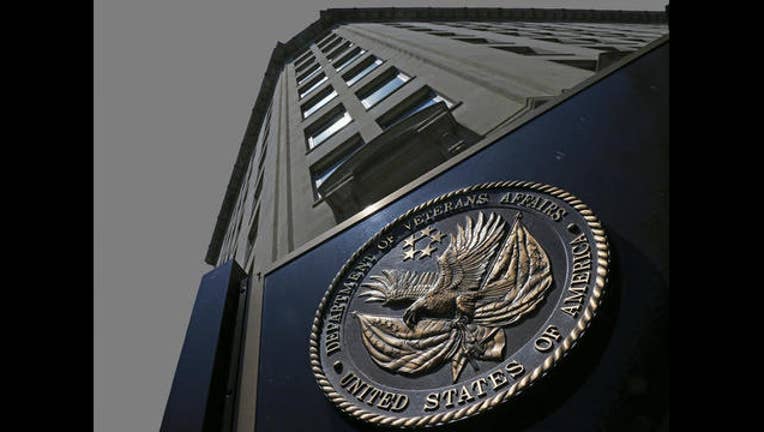 WASHINGTON (AP) -- The House easily approved legislation Tuesday to cut the time it takes for the Department of Veterans Affairs to handle appeals from veterans unhappy with their disability payouts, an effort to reduce a rapidly growing claims backlog without adding billions in government costs.

Currently, veterans could wait five years or more to resolve their appeals. The VA previously warned it would need money for "hiring surges" in the government's fiscal year beginning next Oct. 1 or face a backlog, now at 470,000, that would grow to 1 million within a decade.

The bill would overhaul the current VA appeals process, long described by VA Secretary David Shulkin and his predecessors as "broken." It allows veterans to file "express" appeals if they waive their right to a hearing or the ability to submit new evidence. The VA could test the new program for up to 18 months until Shulkin could certify it was ready for a full rollout with enough money to manage appeals effectively.

Lawmakers hope the legislation ultimately could reduce average wait times to less than a year.

Trump's budget proposal released Tuesday calls for a 3.7 percent increase in total VA funding, one of the few agencies slated for more money amid big-time cuts to other agencies. But the bulk of the VA increase will pay for rising health care costs, while non-health programs will be trimmed or kept at mostly the same levels as 2017. Shulkin has warned that due to a tightening Trump administration budget, future increases to the VA budget cannot be assumed.

The department provides $63.7 billion in disability compensation payments each year to about 4.1 million veterans with disabling conditions incurred during their military service.

"The current system is slow, cumbersome, frustrating, and full of bureaucratic red tape," said Rep. Phil Roe, R-Tenn., chairman of the House Veterans' Affairs Committee. "These veterans have bills to pay, and families to support. ...The changes in this bill will make a difference and help expedite the process so that veterans can get a decision on their appeal and then get on with their lives."

It now goes to the Senate, where bipartisan legislation has been introduced.

The bill was one of six VA-related bills approved by the House before it leaves Thursday for a weeklong Memorial Day recess.

Also passed were bills that would increase the cost-of-living adjustment for veterans receiving disability compensation and expand access to adult day health care. They also would establish a pilot using new technology to treat mental trauma, require broader reporting of VA prescription data and allow local doctors outside the VA system to conduct disability medical exams. Those measures also will go to the Senate.

Under the disability appeals bill, the VA would have to develop detailed plans to update IT systems and training before full implementation of the new program. The bill also would require the VA to work with the largest veterans' organizations to help ensure the department had appropriate money and staffing in place. Some veterans with appeals currently under way also would be permitted to opt into the new process.

The VA generally supports the measure, though it has expressed concern that it may not be able to certify it has the necessary funding so far in advance, since it relies on annual appropriations from Congress. Late last year, the VA said it would need "hiring surges" to avoid an appeals backlog that could lead to a wait of 10 years, but has since stressed a need to overhaul the process first.

"We need essentially billions of dollars in additional appropriations ... or we need to change the law," Dave McLenachen, director of the Veterans Benefits Administration's appeals management office, said at a House hearing this month.

The appeals bill is backed by major veterans' organizations, except for Vietnam Veterans of America, which said the bill unfairly limited a veteran's legal rights "at the convenience of VA." The measure creates three streamlined paths a veteran could take to pursue an appeal, allowing them to waive hearings or face tighter deadlines for submitting evidence.