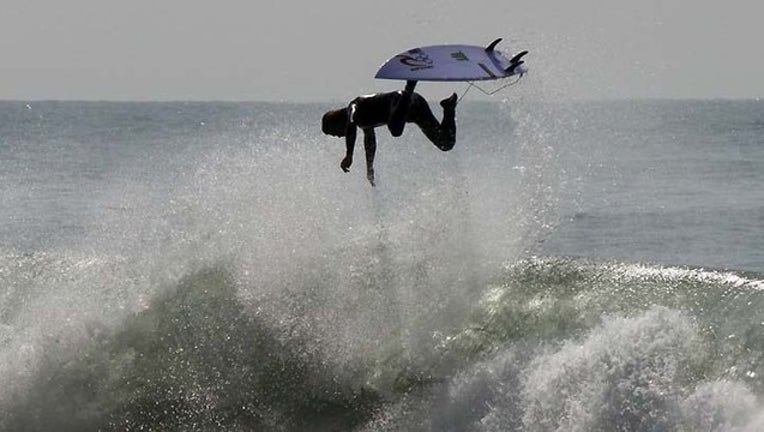 The surf drew large crowds over the weekend to watch daring bodysurfers challenge towering waves at the famous Wedge in Newport Beach.

High tide coupled with swell caused minor flooding Sunday night along beachfront homes in low-lying Seal Beach. Water washed up over the boardwalk, but there was no property damage, Sgt. Ron LaVelle said.

Lifeguards filled sandbags Monday morning and planned to dig trenches to divert water from the lowest spots of the beach.

The highest surf is expected Monday, with some sets up to 12 feet along Orange and San Diego counties and 10 feet at Malibu and Zuma in Los Angeles County, according to the National Weather Service.

"Inexperienced swimmers should definitely stay out of the water," LaVelle said.