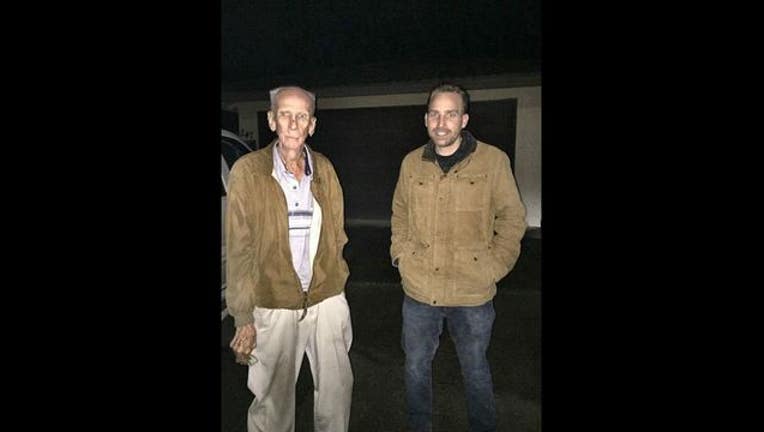 SOLANO COUNTY, Calif. (KTVU) - The story of man helping a lost stranger in the North Bay is reminding us of the time before cellphones, when 'Siri' and Google maps weren't around to point us in the right direction.

An 83-year-old man named Gerald was out for a leisurely drive last Thursday, but a relaxed night quickly turned into a stressful situation. It was around 9:30 p.m. when Gerald found himself lost on the twisty back roads of Fairfield.

Gerald, who didn't have a cellphone, decided to stop at a family's home to ask for directions. When Gerald showed up on Michael's doorstep, Michael decided the best course of action was to first call the sheriff's office for help. Gerald didn't know any family's numbers by heart, and since he didn't have his cellphone he needed some help to get out of his predicament.

According to Solano County Sheriff's Office, Michael "stepped up to the plate" and offered to drive Gerald and his vehicle back to his home in Fairfield.

"We salute Michael for his selfless actions, which helped this Navy veteran get back to his home," said the Solano County Sheriff's Office.

Deputies followed the pair back to Gerald's home, and then gave Michael a ride home.

Editor's note: Gerald and Michael's last names were not released.