The U.S. drone attack that killed Qassem Soleimani could lead to war and destabilize the entire region, protest organizers said.

Several groups have signed on for the protests, including the Arab Resource and Organizing Center.

Dozens of similar protests are planned around the country for a national day of action.

The San Francisco protest began at noon at Powell and Market streets.

In San Jose, a protest is planned for 3 p.m. at Fourth and East Santa Clara streets. 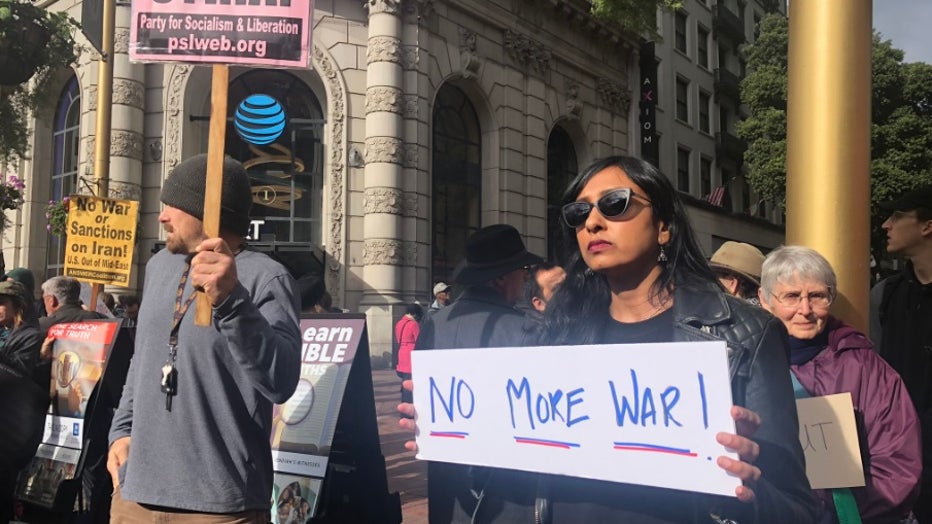