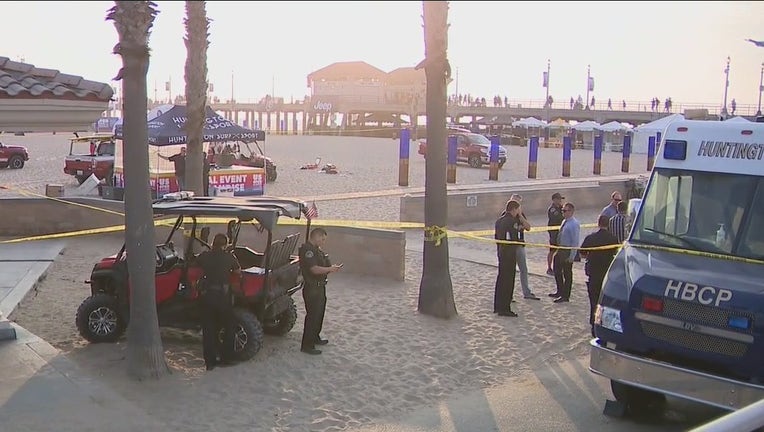 HUNTINGTON BEACH, Calif. - A man who was reportedly armed with a gun was shot and killed by police at Huntington City Beach.

Officers were called to the area just after 3 p.m. Saturday.

According to Huntington Beach Police, the suspect who was shot died at the hospital. The gun was recovered at the scene.

The shooting took place near the city's pier. As of Sunday afternoon, it is unknown if the armed man was involved with the U.S. Open of Surfing, which was taking place nearby.