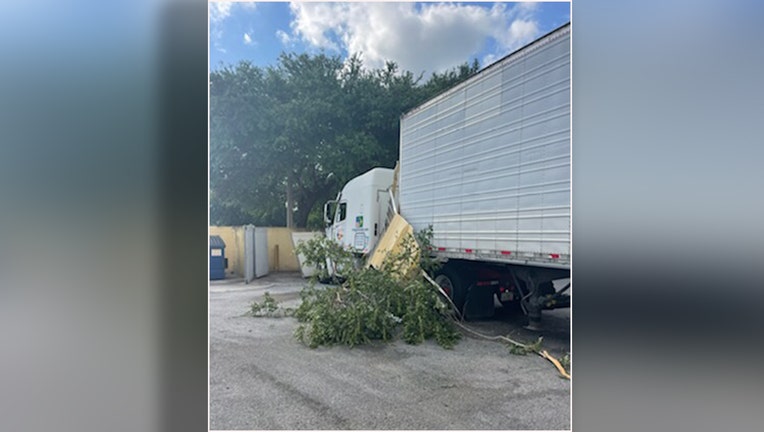 HAINES CITY, Fla. - A tractor-trailer delivery driver is facing possession of methamphetamine charges after crashing into the back of a Publix shopping center in Haines City on Thursday afternoon.

Michael Calvo, 51, of Cape Coral, was making a delivery in the back of the shopping center when his truck tore an awning off the building and hit an unoccupied pickup truck, pushing it for about 200 feet. Officers say both vehicles were totaled.

When an officer approached Calvo following the crash, he stated that he thought he was being pranked by a television show and did not immediately come out of the 53-foot tractor.

Police say Calvo’s erratic behavior caused a commotion in the shopping center with many employees and customers showing up to see what was happening.

After a few minutes, the officer was able to remove Calvo from the truck and asked if he had fallen asleep, been drinking or was experiencing a medical emergency, according to the Haines City Police Department. 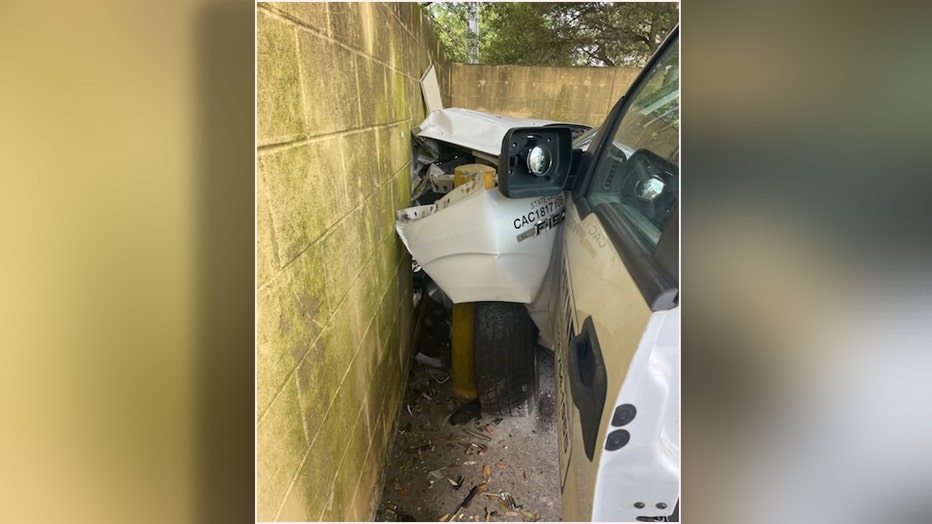 The officer says Calvo’s responded by saying, "I was smoking my meth pipe."

"We appreciate Mr. Calvo’s honest response to the officer’s question," said Haines City Deputy Police Chief Loyd Stewart. "But using meth is illegal and could have cost someone their life."

Calvo was arrested and charged with possession of methamphetamine, disorderly conduct, resisting arrest without violence, and possession of narcotics paraphernalia.