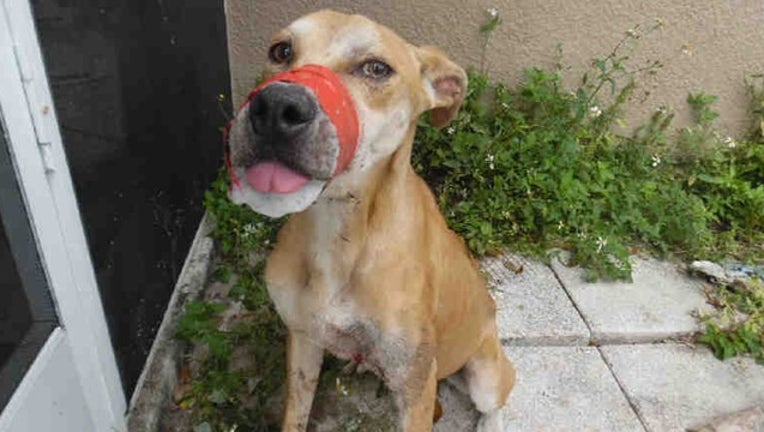 LEE COUNTY, Fla. (FOX 35 WOFL) - A dog was found in southwest Florida with his mouth taped shut, dehydrated, malnourished, and bleeding. Deputies are attempting to find his owner.

The Lee County Sheriff's Office posted about the incident on Facebook, stating that on Tuesday, the Lee County Domestic Animal Services received a call from a concerned citizen. A dog was reportedly found roaming through backyards on 42nd Street.

The post stated that the dog was seen with his mouth taped shut with red electrical tape. The dog was panting, drooling, and reportedly suffocating. He was also dehydrated, appeared malnourished, and bleeding from wounds on his left arm and chest.

The dog has since been seen by a veterinarian and is now resting comfortably at Lee County Domestic Animal Services, the Sheriff's Office stated. They are now attempting to identify the dog's owner.

If you have any information regarding the identity of the dog, the dog's owner, or this incident, the Lee County Sheriff's Office asks that you call them at 239-477-1000 or submit information anonymously to the Southwest Florida Crimestoppers at 1-800-780-TIPS.