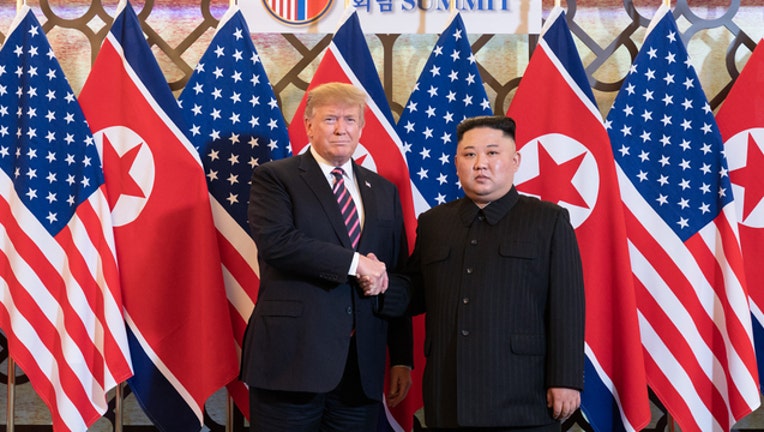 WASHINGTON - (AP) -- The parents of an American college student who died after being detained in North Korea say Kim Jong Un "and his evil regime" are responsible for his death.

Fred and Cindy Warmbier rebuked President Donald Trump in a statement Friday. After meeting with Kim this week, Trump said he takes Kim "at his word" that Kim was unaware of alleged mistreatment of Otto Warmbier.

The Warmbiers say they remained silent during the Trump-Kim summit but "now we must speak out."

They say "Kim and his evil regime are responsible for the death of our son Otto" and for "unimaginable cruelty and inhumanity." They said "no excuses or lavish praise can change that."

Otto Warmbier died in June 2017 after being returned home in a vegetative state.