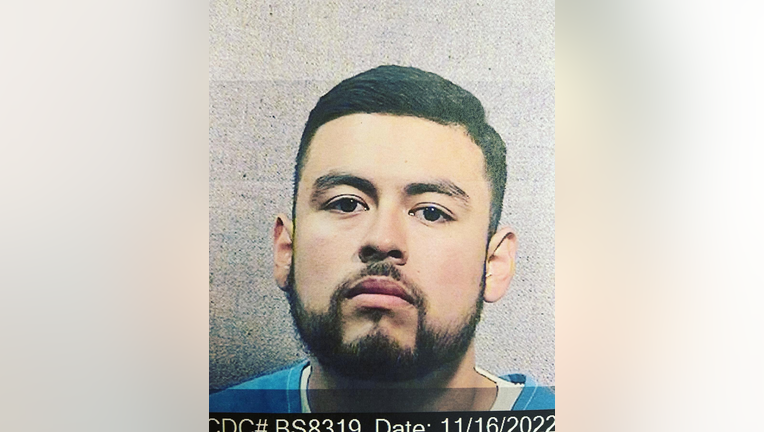 Raul Mejia, 22, "walked away" from a prison work camp in Solano County on December 1. He has been sentenced to more than 7 years for stalking and other charges. Photo: California Department of Corrections and Rehabilitation (KTVU FOX 2)

A convicted felon serving seven years for stalking and other charges "walked away" from a prison work camp in Solano County on Thursday, state prison officials said.

Authorities discovered that Raul Mejia, 22, was missing from the Delta Conservation Camp when they conducted their evening count of the incarcerated people, the California Department of Corrections and Rehabilitation said in a press release.

Officials claim that Mejia walked away from the Suison City site, but did not elaborate on how he escaped.

Mejia is 5 feet 9 inches tall, weighs 186 pounds, and has black hair and brown eyes. He was last seen dressed in a white t-shirt and gray sweatpants.

He had been sent to Solano County from Los Angeles in August to serve a sentence of more than seven years for stalking, a charge related to firing a gun, and another for interfering with a witness.

The Delta camp opened in 1988, and last year, held 47 inmates but had a capacity for 120, state records show. Inmates held there perform tasks like making signs and adding striping to Cal Fire and other government vehicles, clearing vegetation and helping maintain the Yountville Veterans Home.