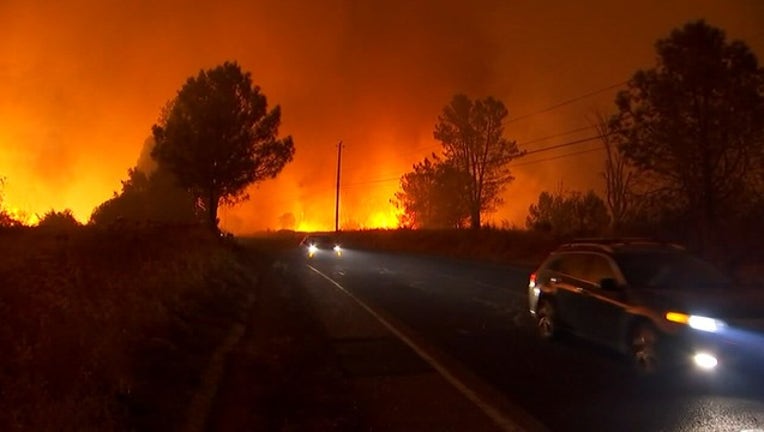 The data released this week did not say how many people who lost their insurance were able to purchase it elsewhere or how much more it cost. It also showed total new and renewed insurance policies increased in fire risk areas during the same period.

Loss of home insurance or spiking policy prices are one consequence of California's deadly and destructive wildfires in recent years. The state did not collect the same data before 2015, making it difficult to get a wide view of changes in the state's home insurance market. Still, lawmakers, regulators and homeowners alike say they're concerned about the effect of devastating wildfires on homeowners.

Joel Laucher, an insurance department consultant, told lawmakers Wednesday that insurers are requesting premium hikes "in record numbers." The department received 25 requests for rate increases in 2015, compared with 69 in 2018, with even more requests likely this year.

But the insurance industry noted the number of non-renewed policies remained fairly steady year-over-year and said many insurers are still offering policies in high-risk fire areas.

"Insurers remain committed to covering homes in rural and urban zones, despite paying out more than $26 billion in claims from the 2017 and 2018 wildfires. Those claims payments will rebuild and revitalize these communities," Rex Frazier, president of the Personal Insurance Federal of California, and Mark Sektnan, vice president for the American Property Casualty Insurance Association, said in a joint statement.

The data also shows 33,000 policies were not renewed by insurers in zip codes affected by major wildfires in Calaveras and Lake Counties in 2015, in Santa Rosa in 2017, and mudslides in Southern California in early 2018.

The data does not include non-renewals resulting from destructive fires in Redding and Paradise last year, leading insurance regulators to warn non-renewals could climb even more next year. Total new and renewed policies fell in the 10 counties with the most homes in high-risk fire areas over the four-year period, the data showed.

"This data should be a wake-up call for state and local policymakers that without action to reduce the risk from extreme wildfires and preserve the insurance market, we could see communities unraveling," state Insurance Commissioner Ricardo Lara said in a statement.

The data also shows that more non-renewals were initiated by policy holders than by insurance companies, but the insurance department does not have data on why people choose not to renew their policies, spokesman Michael Soller said.

More people in high-risk fire areas are now buying insurance through the FAIR Plan, a state-created program that guarantees insurance access even to people in high fire-risk areas. But coverage non-renewals are also slightly up for people on those plans.