GILROY, Calif. - The Santa Clara County Sheriff's Office is asking for the public's help after a man was found set on fire on the side of U.S. Highway 101 south of Gilroy last Friday. He later died from his injuries.

Deputies were called to the scene at 2:48 a.m. last Friday after California Highway Patrol officers found the victim on fire along Highway 101 in the area of the Sargent overcrossing, sheriff's officials said. 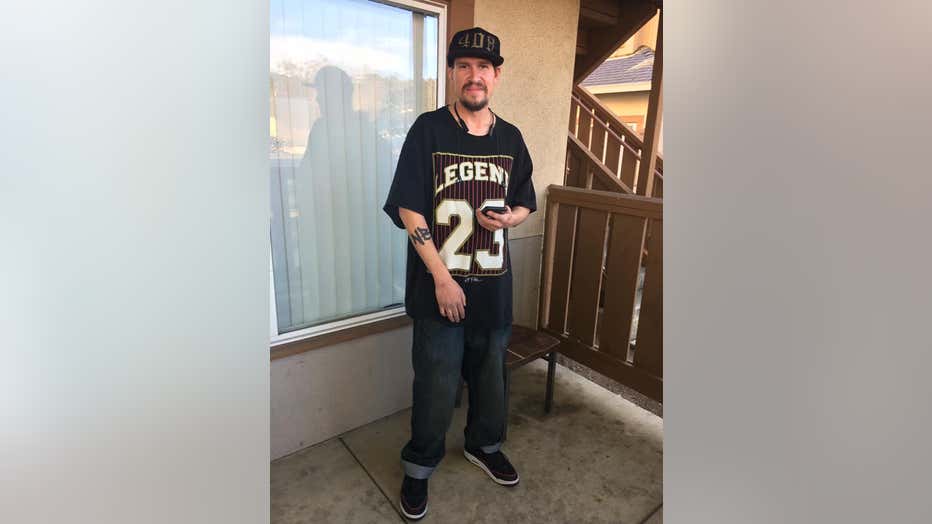 40-year-old Jerry Mungaray, of Gilroy, was found on fire on the side of U.S. Highway 101 on July 24, 2020, Santa Clara County sheriff's investigators said. He later died at a hospital. (Jasmine Richards)

On Facebook, his sister Jasmine Richards pleaded to the public for help in solving the case. On Saturday she wrote, "My heart is so broken today and our lives are forever changed. My kind, loving and caring brother was murdered yesterday."

She went on to say her brother was last seen Thursday night in a verbal confrontation with people in two cars in front of a 7-Eleven store at 162 E. 10th St. in Gilroy.  "...someone decided to take my brothers life and leave him burning on the side of the road," Richards said, adding, "We are asking for help to get these sick people off the street."

In a news release on Tuesday, the sheriff's office did not mention an altercation at the 7-Eleven or any other events that may have led up to Mungaray's death, but investigators asked anyone with information about the case to call their Investigative Services Division at (408) 808-4500 or an anonymous tip line at (408) 808-4431.