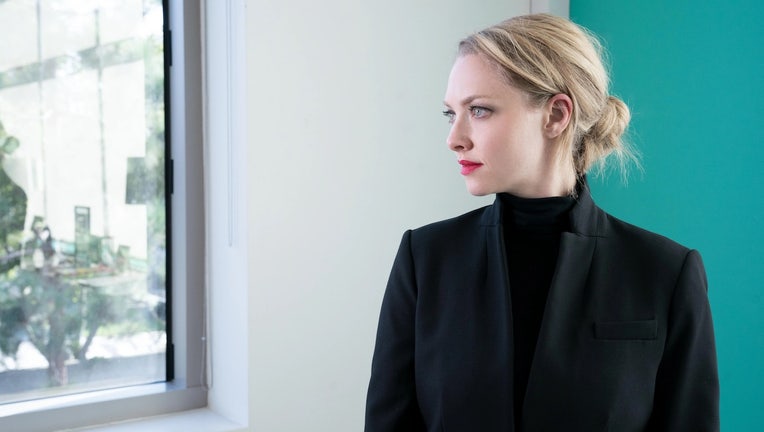 Alas, we are at the end of Hulu's miniseries on Elizabeth Holmes' time at Theranos. Anyone who's watching likely knows where things go from here. But it's still a compelling watch as Holmes plummets from grace and is left penniless (maybe?).

The episode also airs as the trial of Sunny Balwani is underway, leading to potentially more revelations that the series has yet to tackle (season two perhaps?).

The time period in the 8th and final episode focuses on the aftermath of John Carreyrou's expose for the Wall Street Journal and Holmes failed attempts to keep her doomed company together before it inevitably crumbles to dust. This article contains spoilers for Episode 6!

Did Erika Cheung's complaint to CMS spark an investigation that undid the company? 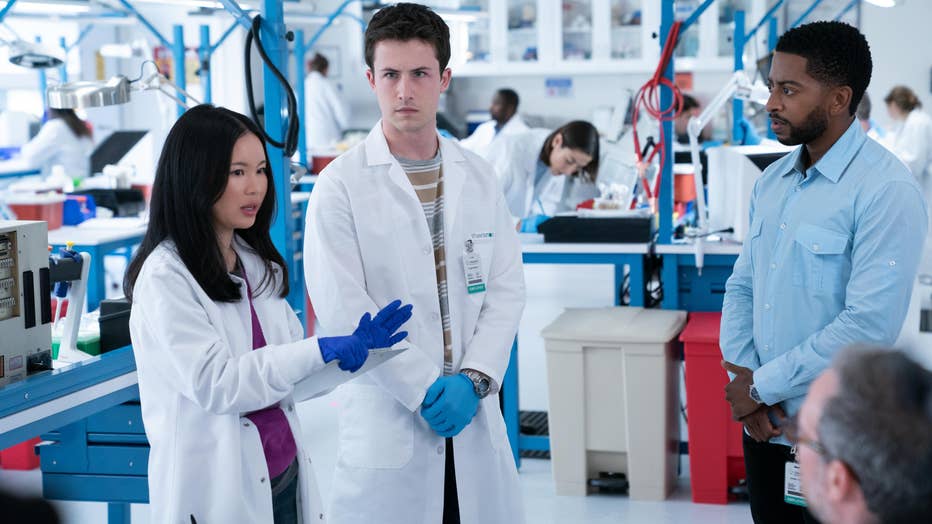 Before investigators with the Centers of Medicare & Medicaid Services (referred to in the lab business as "CMS") paid Theranos a visit to inspect the company's labs, Holmes could simply brush off negative reports about the company as bogus or misogynistic.

She convinced her board, most importantly George Schultz, that everything was fine. But once Cheung reported the company to CMS, it was all over.

This really happened, and it's so important to the story that it's still coming up at trial. Balwani's attorneys recently fought to have the CMS report excluded from his trial (currently underway) because it was written after the period of alleged fraud in the charges alleged in the indictment.

Cheung, however, still testified that she alerted federal auditors about Theranos' practices leading to the scathing report.

It found that the company posed an "immediate jeopardy to patient safety" by having unqualified staff and it failed to meet its own standards for quality control.

Did Elizabeth Holmes fall on her sword in a TV interview? 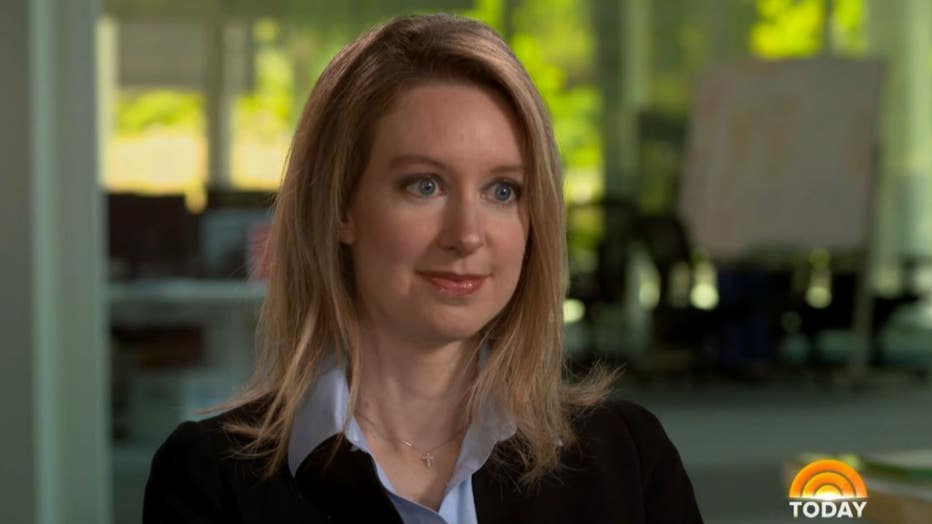 Elizabeth Holmes is interviewed by The Today Show. The interview was entered into evidence in the criminal trial against her.

Before the CMS report came out, Holmes remained defiant in the press. She went on Jim Cramer's Mad Money and delivered the famous line, "This is what happens when you work to change things. First they think you're crazy, then they fight you, and then all of a sudden you change the world."

By the time the CMS report came out, though, Holmes was forced to sing a different tune. She went on the Today Show and gave the most uncomfortable interview of her career up until that point. In the report by Maria Shriver, Holmes is clearly not the same confident CEO from earlier interviews and profiles.

Here's the actual interview that prosecutors played Holmes in court while she was under cross-examination.

The Dropout appears to be referencing the Today interview as Theranos breathes its last gasps before the lawsuits and criminal charges come piling on.

Did George Schultz refuse to believe his grandson before his mea culpa? 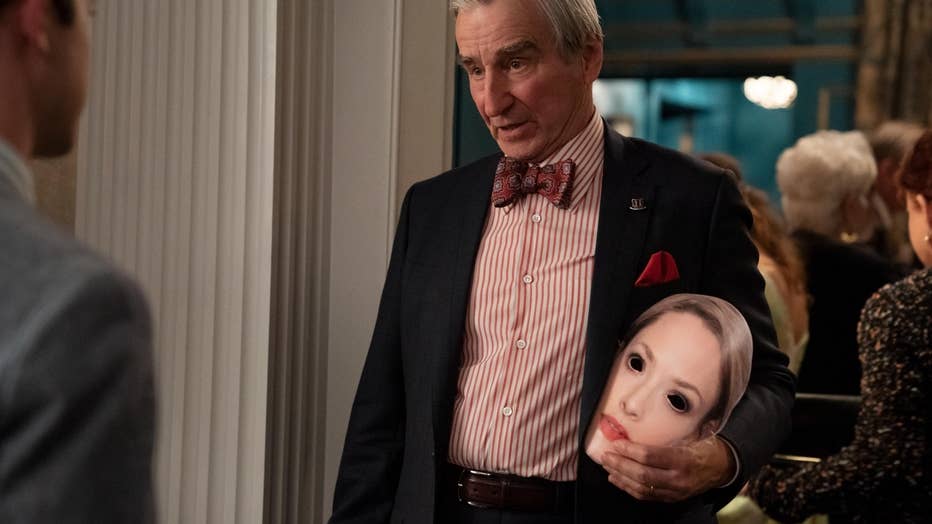 George Schultz's glowing reputation as an American diplomat took a hit at the end of his life thanks to his time as one of Thernaos' most visible backers.

He was so convinced by the company, and Holmes' claims, he refused to believe he own whistleblowing grandson.

"I fully expected to him to be behind me and support me, and I was not getting that support and I just remember being so disappointed," the younger Schultz recounted in his book "Thicker Than Water."

Shortly before his death, George Schultz realized the error of his ways and apologized to his grandson and publicly admitted his mistakes.

He also admitted his errors in the press, which is covered in the final episode of The Dropout.

Who is Billy Evans? 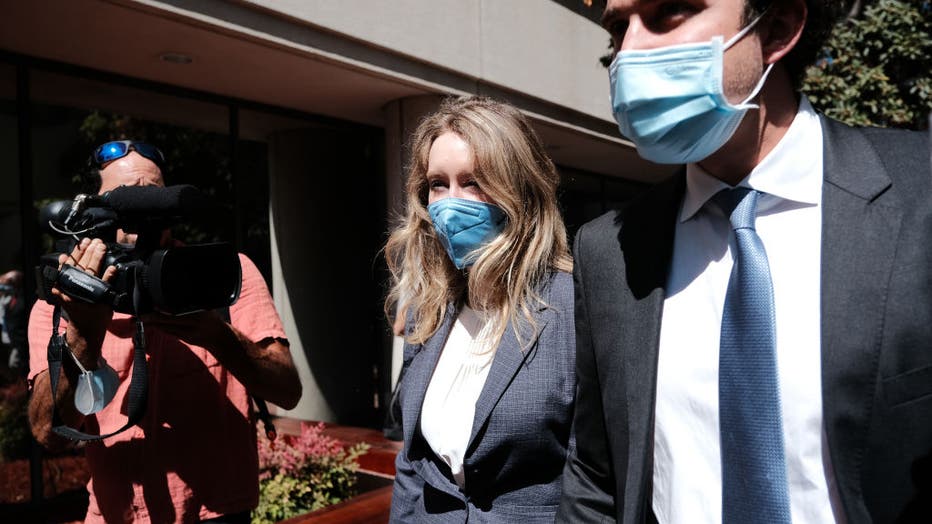 Elizabeth Holmes, founder of Theranos Inc., and husband Billy Evans exit federal court in San Jose, California, U.S., on Wednesday, Sept. 8, 2021. Holmes, 37, faces a dozen fraud and conspiracy counts that could send her to prison for as long as 20 y (Getty Images)

In the final episode of The Dropout, we see Holmes part ways with her alleged co-conspirator and former boyfriend, Sunny Balwani, only to begin hooking up with a new man.

That man is Billy Evans, an heir to a Southern California hotel chain and hospitality company. He graduated from the Massachusetts Institute of Technology in 2015 and has worked in the tech sector.

The couple reportedly married, although, the legal and financial details of that union are unclear. The two had a baby in 2021, delaying Holmes' criminal trial and raising questions about her decisions to have a child as she faces a possible 20 years in federal prison for her crimes.

Evans was a constant fixture during Holmes' trial often accompanying her into court and toting a diaper bag. The Dropout references the two famously attended Burning Man together in 2018 at the beginning of their courtship.