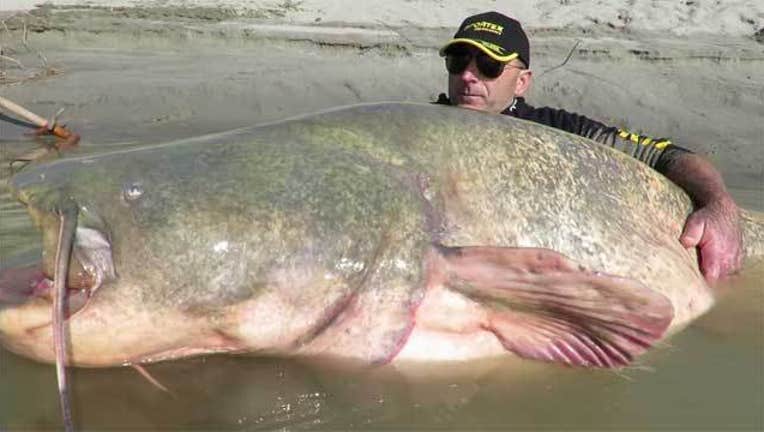 PO RIVER, Italy (KTVU) -- Footage of an Italian fisherman after landing what may be a world record catfish was going viral Friday.

While the current weight record for a wels catfish is over 300 pounds, according to the Daily Mirror, Ferrari may have set a record for the largest catfish to be caught with a rod and reel.

After documenting the catch, Ferrari released the fish back into the river.