LOS ANGELES - Bill Nye, known for his television role as "the science guy," recently criticized Americans who are choosing to opt out of getting vaccinated for the novel coronavirus.

During an interview with MSNBC’s Mehdi Hasan, Nye shared his disdain for the attitudes of people who are refusing to get inoculated.

He argued that anyone who isn’t vaccinated and gets infected with COVID-19 is at risk of allowing the virus to mutate inside them and infecting more people.

"The argument that I've made for many years — I'm not the first guy to make this argument — is that if a person doesn't get vaccinated and he or she gets infected, it's going to mutate in that person," Nye explained.

Nye has previously called for people to place their trust in science when it comes to the ongoing pandemic.

In December when deaths and cases were hitting alarming milestones and vaccines were not readily available in the U.S., Nye urged Americans to wear masks to help curb the spread of the coronavirus.

RELATED: ‘This is not that hard to understand’: Bill Nye the Science Guy urges anti-maskers to wear face coverings

In a video which amassed millions of views, Nye showed a map of the United States, highlighting where people were and weren’t wearing face masks. 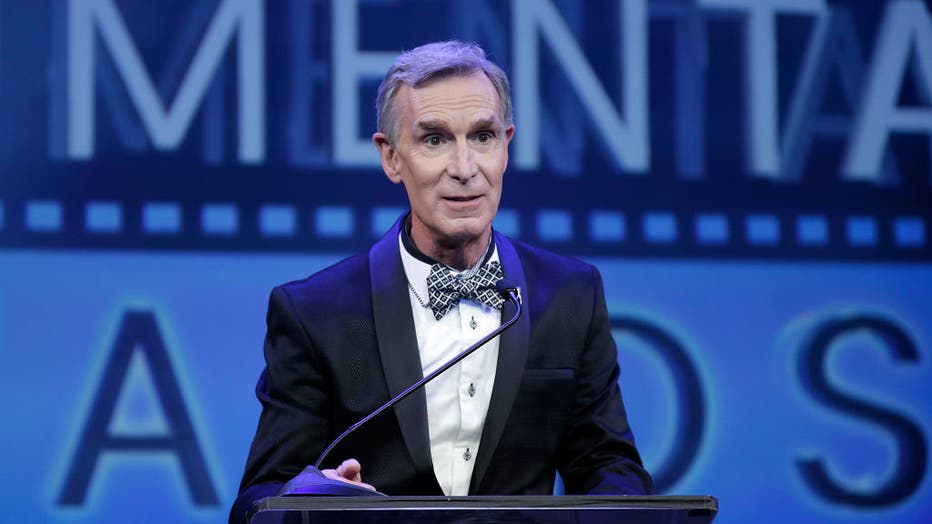 "Here’s a map of the United States. The red ink shows where people are wearing masks," Bill Nye began.

"The black ink shows where people are getting sick with coronavirus," Nye continued. "I hope you can see, the fewer the masks, the more the sick."

More than 578,000 Americans have died from COVID-19. The average number of new cases per day in the U.S. fell below 50,000 for the first time since October, the Associated Press reported on Tuesday.

Already more than 56% of American adults have received at least one dose of a COVID-19 vaccine and nearly 105 million are fully vaccinated. The U.S. is currently administering first doses at a rate of about 965,000 per day — half the rate of three weeks ago.

This story was reported from Los Angeles. The Associated Press contributed to this story.