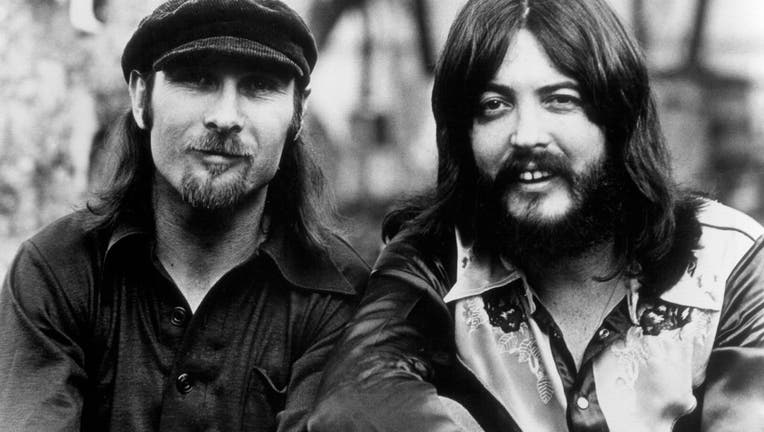 NEW YORK (AP) - Jim Seals, who teamed with fellow musician "Dash" Crofts on such 1970s soft-rock hits as "Summer Breeze," "Diamond Girl" and "We May Never Pass This Way Again," has died at age 80.

His death was announced Tuesday by several people including John Ford Coley, who had formed the ‘70s duo England Dan and John Ford Coley with Seals’ older brother Dan. Further details were not immediately available.

"This is a hard one on so many levels as this is a musical era passing for me," Coley wrote. "And it will never pass this way again as his song said. He belonged to a group that was one of a kind."

Seals and Darrell George "Dash" Crofts were Texas natives who had known each other since they were teenagers and had previously been in the Champs, which before they joined had a hit single with "Tequila," and a group including Glen Campbell. They started Seals and Crofts in the late 1960s and over the next several years were among a wave of soft-rock groups that included America, Bread and England Dan and John Ford Coley.

Seals and Crofts had three top 10 hits: ""Summer Breeze," "Diamond Girl" and "Get Closer." Their other popular songs included "Hummingbird," "You’re the Love" and "We May Never Pass This Way Again." Seals and Crofts also released the controversial "Unborn Child," an anti-abortion song that came out the year after the 1973 Roe v. Wade Supreme Court decision and was banned by some radio stations.

They broke up in 1980, but reunited briefly in the early 1990s and again in 2004, when they released the album "Traces." Seals also performed on occasion with his brother Dan, who died in 2009.

He is survived by his wife, Ruby, and their three children.