OAKLAND, Calif. - The defense called John Cowell to the stand on Tuesday in his own murder trial stemming from the 2018 stabbing death of Nia Wilson at the MacArthur BART station in Oakland. 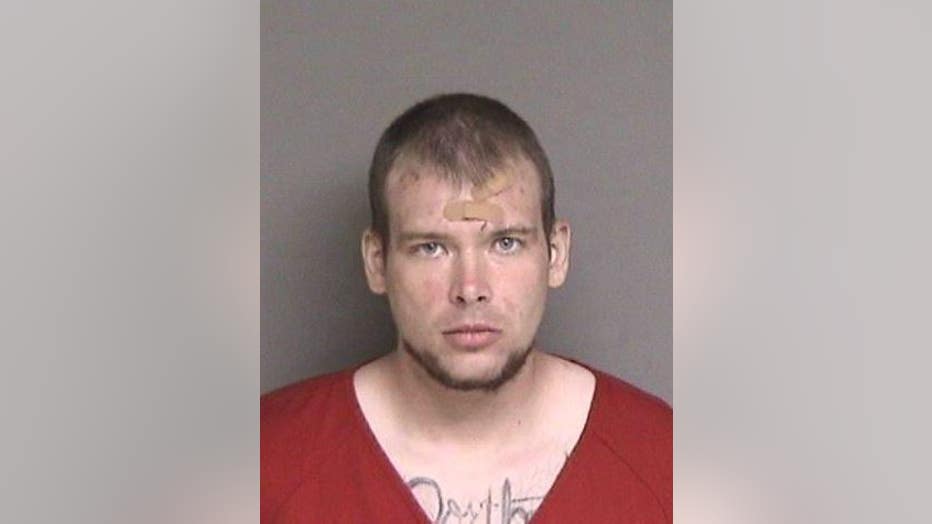 As part of his testimony, Cowell made references to "alien technology” and “fake skin.” His attorney has said his client suffers from schizophrenia.

The defendant's testimony followed an emotional day in court during which two sisters of Wilson tearfully describing her final moments as they watched her holding her neck where she was stabbed.

Both Tashiya and Letifah Wilson broke down while on the stand, prompting Judge Allan Hymer of Alameda County Superior Court to call for recesses to give them a chance to compose themselves.

Through sobs, two sisters of Nia Wilson testified Monday in the murder trial of John Cowell, describing her final moments after they saw her dying after she was stabbed at a BART station in Oakland.

"For them to have to witness something like that, you know, I couldn't even imagine it, that's my baby girl," said Alicia Grayson, Nia's mother.

Cowell is accused of killing Nia and trying to kill her sister Letifah by stabbing them both in the neck at the MacArthur BART Station in Oakland.

Letifah watched BART surveillance video showing her and her two sisters riding in the same BART car as Cowell from the Concord station. But she began crying and told prosecutor Butch Ford, "I can't go on," as he asked her questions about the moments before the attack. Letifah then became sick in court.

Both Letifah and her sister Tashiya told the jury they saw Nia falling or tripping into the BART train and then realizing that Nia had been stabbed from behind on the station platform. Nia then called out Letifah's name. Surveillance video shows Nia holding her neck in shock.

Tashiya testified, "I was in shock. I was trying to figure out what happened."

She said Nia was holding ner neck and that blood was coming out of her mouth. Tashiya said she called her father and starting yelling into the phone to come to the station.

Grayson said it was gut-wrenching for Nia's sisters to relive her last moments.

"She got like physically sick on the stand," said Grayson referring to Letifah. "The other one, I could just see it in her face, like disgust."

Nia's mother has been in court every day, unlike Cowell, who has repeatedly refused to come to his own trial. He's pleaded not guilty by reason of insanity.

"Maybe that's part of his strategy, because any sane person would be in court," Grayson said.

The prosecution rested its case Monday. KTVU crime reporter Henry Lee is in court and will have the latest on the trial.