So when it came time to eulogize his idol, it wasn’t enough to just regurgitate the same “hero” label. It wasn't enough to say Lewis was perhaps the finest disciple of Dr. Martin Luther King Jr.

Obama sought a better way to honor Lewis: The restoration and expansion of the Voting Rights Act.

“You want to honor John? Let's honor him by revitalizing the law he was willing to die for," Obama said. "Naming it the John Lewis Voting Rights Act, that is a fine tribute. But John wouldn't want us to stop there, just trying to get back to where we already were — we should keep marching."

Lewis passed away on July 17 after a six-month battle with cancer.

RELATED: Posthumous letter from John Lewis published on day of his funeral

Before becoming a 17-term congressman, Lewis spent his early years fighting for racial equality and voting rights. He famously led a 1965 march in Selma, Alabama that was intended to reach the state’s capitol in Montgomery.

But the marchers never made it out of Selma. State troopers beat and gassed the participants just as they crossed over the Edmund Pettus Bridge.

"Their bones were cracked by billy clubs, their eyes and lungs choked with tear gas," Obama said. "They knelt to pray, which made their heads easier targets and John was struck in the skull."

The day infamously became known as “Bloody Sunday.” Obama said Lewis thought he would die that day, watching young Americans gag and bleed after enduring "state-sponsored violence" in their own country. 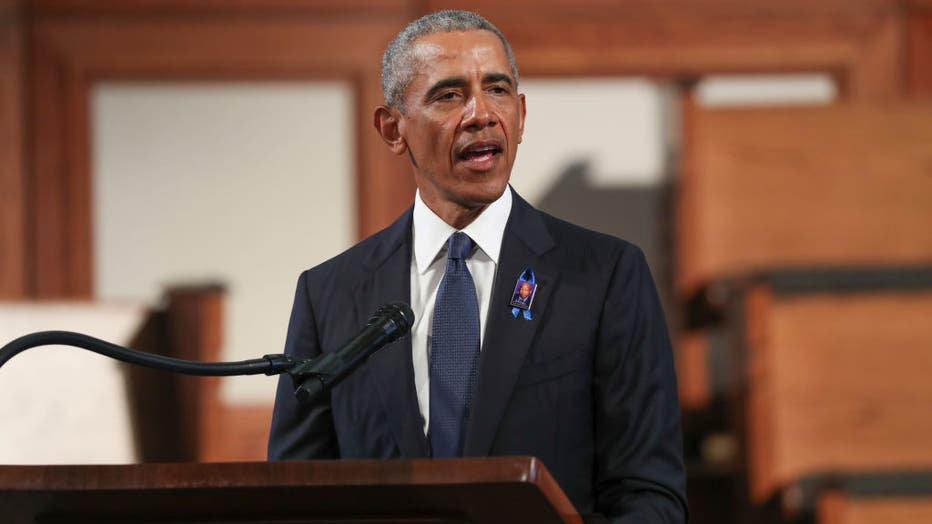 Former US President Barack Obama speaks during the funeral of late Representative and Civil Rights leader John Lewis(D-GA) at the State Capitol in Atlanta, Georgia on July 30, 2020. (Photo by ALYSSA POINTER/POOL/AFP via Getty Images)

But cameras were present that day. Footage of protesters being chased back over the bridge, many of them being trampled by troopers on horseback, horrified the nation.

Bloody Sunday came to serve as a pivotal moment in the fight for Black voting rights.

That August, the Voting Rights Act was signed into law. But a 2013 Supreme Court decision saw two of its prevision struck down.

"Once the Supreme Court weakened the Voting RIghts Act, some state legislators unleashed a flood of laws designed specifically to make voting harder, especially the state legislators where there's a lot of minority turnout and population growth," Obama said. "That's not necessarily a mystery or an accident."

Obama became the country’s first Black president in Jan. 2009. Upon his inauguration as, Obama autographed Lewis’ program, “Because of you, John.”

“I, like so many Americans, owe a great debt to John Lewis and his vision for freedom,” Obama said.

Obama’s eulogy touched on their other encounters, like their first encounter when Obama was a Harvard law student. It was there Obama first let Lewis know he considered him his hero.

In 2005, Obama and Lewis became colleagues in the Congressional Black Caucus when Obama became a Senator.

In 2011, Obama awarded Lewis with the nation’s highest civilian honor, the Presidential Medal of Freedom. 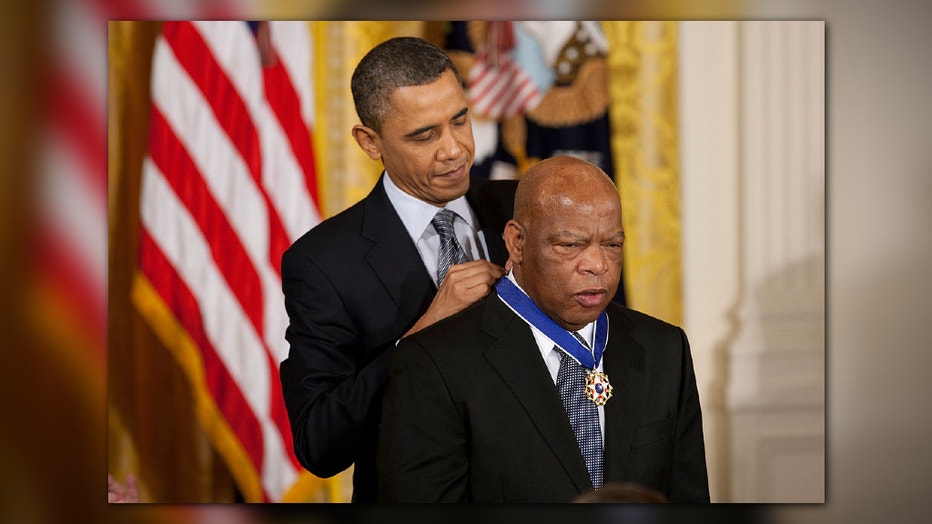 President Barack Obama awards the Medal of Freedom to recipient Congressman John Lewis (D-GA) during a ceremony to present the awards at the White House in Washington. (Photo by Brooks Kraft LLC/Corbis via Getty Images)

“He, as much as anyone in our history, brought this country a little closer to its highest ideals,” Obama said. “And some day when we do finish that long journey towards freedom, when we do form a more perfect union — whether it’s years from now or decades, or even if it takes another two centuries, John Lewis will be a founding father of that fuller, fairer, better America.”

One of their many notable reunions came in Selma in 2015, which marked 50 years since Bloody Sunday,

Selma holds a reenactment of the bridge crossing every year in March. That year, Obama and Lewis walked hand-in-hand over the very bridge where Lewis and so many others were beaten. 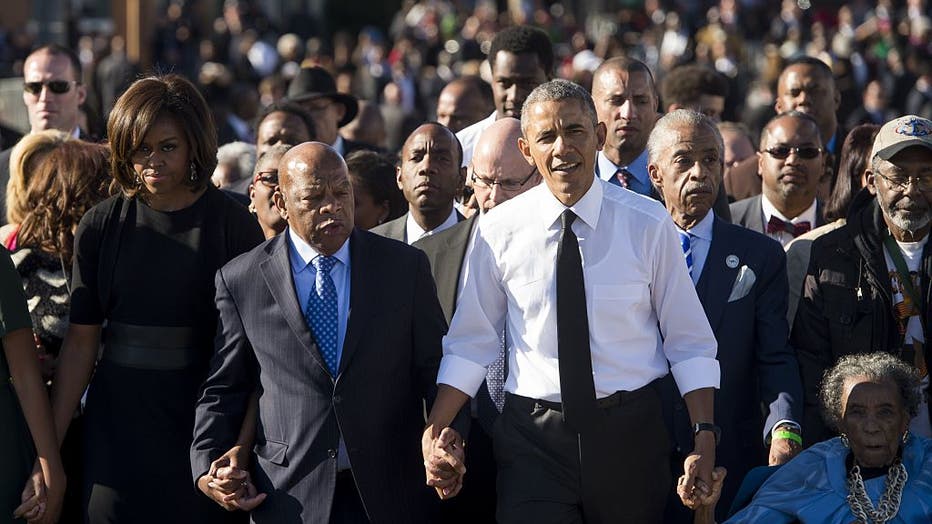