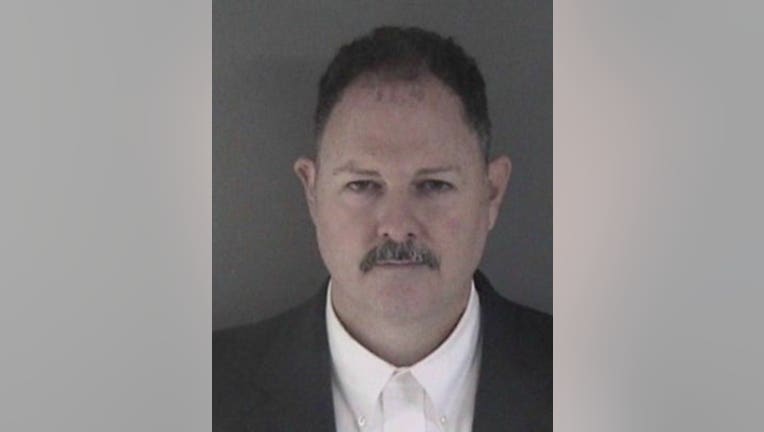 Alameda County Superior Court Judge Thomas Reardon asked why Fletcher did not wait for his backup since Steven Taylor allegedly posed no immediate threat to anyone when Fletcher arrived at the Walmart at 15555 Hesperian Blvd. on April 18, 2020.

Fletcher did not appear in court Tuesday. Attorney Michael Rains represented him.

Taylor was allegedly trying to take a bat and a tent from the store around 3 p.m. when security asked him to put the items back. Security then called 911 to report a theft and possible robbery.

Fletcher was near the store when he got the call. He was walking to the front entrance of the Walmart when backup arrived in the parking lot.

Taylor had said he would wait for the police, and he stood by the shopping carts, prosecutors said. A woman stood nearby.

Fletcher entered the store and he and security guard Danny Saephanh talked for about 10 seconds about what was going on. Then Fletcher radioed police dispatchers and told them it was not a robbery or a brandishing situation, according to the charging document in the case.

With his left hand, Fletcher allegedly tried to take the bat from Taylor's right hand, pulling out his gun at the same time. But Taylor held onto the bat and stepped away from the officer.

Fletcher then used his left hand to pull out his Taser stun gun and pointed it at Taylor, telling him twice to drop the bat. He fired the stun gun at Taylor as he again approached, according to prosecutors. After Fletcher shot Taylor a second time with the Taser, Taylor stumbled forward, prosecutors said.

Prosecutors said Taylor was trying to stay up and was pointing the bat at the ground when Fletcher fired a bullet into Taylor's chest as the backup officer arrived.

Taylor dropped the bat, turned, and fell. He was pronounced dead at the scene.

Fewer than 40 seconds had passed between when Fletcher entered the store and when he shot Taylor, according to prosecutors. They said it was unreasonable to conclude, after reviewing the evidence, that Taylor posed an imminent threat of great bodily injury or death to Fletcher or anyone else in the store.

Reardon said Fletcher knew he had at least one more officer coming and likely more for the asking. Maybe more police officers would have deterred Taylor, the judge said.

"What's the hurry?" Reardon said. Taylor was not waving a bat at anyone at that point, he said.

But Rains alleged that Fletcher feared he was going to get "his brains bashed in."

Reardon cited a law that requires police officers to tactically reposition themselves or try to de-escalate the situation before resorting to force.

The case is the first time Alameda County District Attorney Nancy O'Malley has filed criminal charges against a police officer in a fatal shooting. O'Malley is not running for reelection.