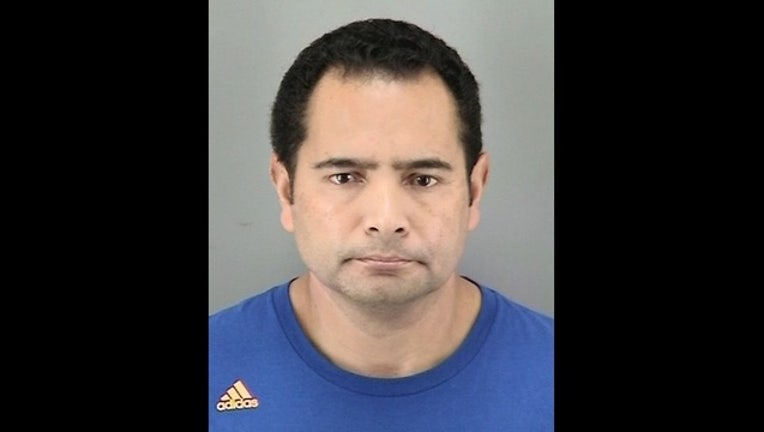 Andres Tobar, a former teacher at Marshall Elementary School, was allegedly seen cradling the student and holding them over the balcony on Dec. 19 at the school located at 1575 15th St.

Tobar's defense attorney, Deputy Public Defender Vilaska Nguyen, has described the alleged incident as a "playful mistake" and an "isolated incident that snowballed" and previously asked that Judge Stephen Murphy reduce the felony charge or dismiss it entirely.

This morning, dozens of Tobar's supporters, wearing shirts that read "Justice 4 Mr. Tobar," rallied outside the Hall of Justice after the hearing and cheered Murphy's decision.

"They were relieved," Nguyen said of Tobar and his family. "Yet at the same time, the gravity of a criminal case is still hanging over their head. They're still worried about the ultimate outcome."

"What my client is really worried about is being able to teach again," Nguyen said.

After an investigation into the allegations, Tobar turned himself in to police on Jan. 30 and he was placed on administrative leave by the school district.

According to Gentle Blythe, school district spokeswoman, Tobar resigned from the district on March 1.

Tobar is set to appear again in court on May 9 in connection with the misdemeanor child endangerment/abuse charge.