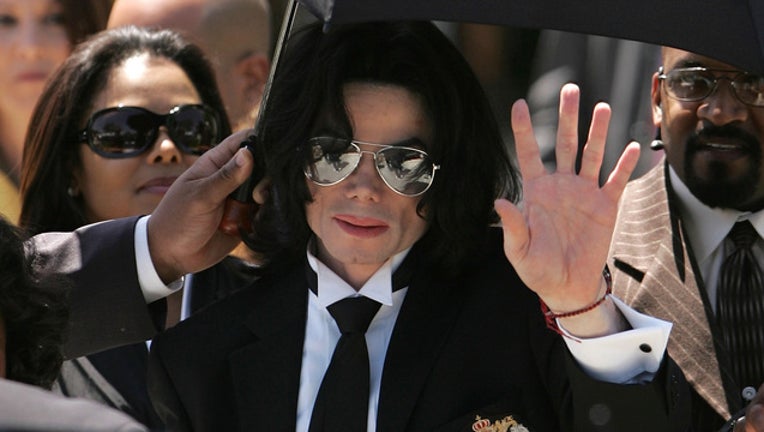 Michael Jackson waves to fans after he is found not guilty on all counts in his child molestation trial at the Santa Barbara County Courthouse June 13, 2005 in Santa Maria, California. (Photo by Win McNamee/Getty Images)

LOS ANGELES - A judge has dismissed the lawsuit of a man who alleged that Michael Jackson sexually abused him as a boy.

The Los Angeles judge tossed out the lawsuit of Wade Robson on Monday, saying two Jackson entertainment corporations targeted by the lawsuit had no legal duty to protect Robson from Jackson.

Robson made the allegation in the HBO documentary "Leaving Neverland." His attorney Vince Finaldi said in a statement that the decision sets a dangerous precedent and he plans to appeal.

A similar lawsuit from another man in the documentary was dismissed in October.